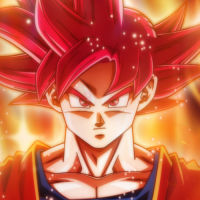 Skulltullaz Posts: 31 Brain Burst
October 2018 edited October 2018 in Unreal Development
When I initially launch a new project from UE4 (either 4.19 or 4.20) onto the Go, it runs successfully. After I close out of it and attempt to re-run it from the Unknown Sources tab, it will hang on a blank screen for 20 to 30 seconds and eventually a message will pop up saying that it has stopped responding.  I can press the home button multiple times to exit out of the app and attempt to relaunch it. Sometimes it may relaunch successfully, but if I continue to close out of it and re-open it, then it will eventually freeze again. I think this is an issue with the Oculus Go because someone else also reported a similar issue using Unity, while I have been using Unreal.

Steps:
- Make a new empty project
- Save the default map
- Configure project settings for Oculus Go
- Launch the app
- Close the app
- Relaunch the app from Unknown Sources
- If the relaunch succeeds, close the app and relaunch it.

I downloaded version 4.21 of the Unreal Engine and tried again, but this time I received SurfaceView errors when I attempted to relaunch the app. In the file logcat_ue4_4.21, about the time the line "10-30 15:02:43.316" is written is when I relaunched the app and it froze.