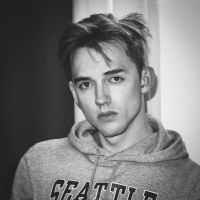 Oculus Start Member
November 2018 in Oculus Go Development
Hi!
I don't know what's going on, but as I was working on my project and pushed the latest build to my Oculus Go, I noticed I didn't have any audio. I pressed the Oculus-button and pointed my controller at the menu buttons -- Sure enough, the Oculus UI had audio. So I tabbed back into my app and low and behold; The audio was restored (and seemingly 'caught up' to the game as all the gun sounds that were missing before all played at the same time in a 'big bang').

What I've tried so far in my troubleshooting efforts:
* Different audio files, formats and import settings.
* Blank Unity project.
* Using Oculus Spatializer plugin as well as None.
* Different Unity versions (2017, 2018 and the latest 2019 alpha)
* Both the Oculus Utilities 1.28.0 as well as most recent 1.30.0.
* Factory Reset of my Go (Old builds and other apps run fine).
* Reinstallation of NDK and SDK.
* Different Target and Minimum APIs.

I also ran LogCat which didn't show much except for
ActivityManager: RestoreAudioRecord called for pkg:com.oculus.vrshell
ActivityManager: restoring op audio record to 0 for pkg:com.oculus.vrshell
Which I assume is from when I tab back and forth.
Does anyone know what the issue might be? I feel like I've tried everything at this point .___'. I'm sure it's something super silly that I keep missing.
Tagged:
0