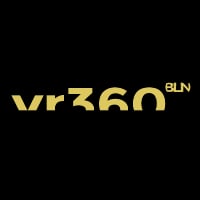 vr360bln Posts: 12 Brain Burst
November 2018 in Oculus Go Development
Hi there,
I have produced a 360 clip which is intented for showcasing offline via Oculus Go. Currently I use the Visbit Premium PIayer. Does anyone know a 360 Video Player for the Go which works with 6-8K clips? I tried most of the players in the store, but none of them played 6k to 8k clips or not really smoothly...

And, I know there is currently no build in kiosk mode on the Go, my workaround ist switching the Go's standby off and setting Visbit player to loop. So when the HMD is taken off and put on by someone else Visbit Player continues, mostly without having to press the Home Button on the controller (I want to avoid that...the viewers should just take it on and be able to watch without doing anything.) If anyone has a tip to come kinda close a kiosk mode I would be very happy!