By the way, before importing, I confirmed to see game via HMD correctly.

Is there any way to solve this problem?
Please let me know.

The error massage, player setting, and versions of unity, oculus, oculus app version were as follows. 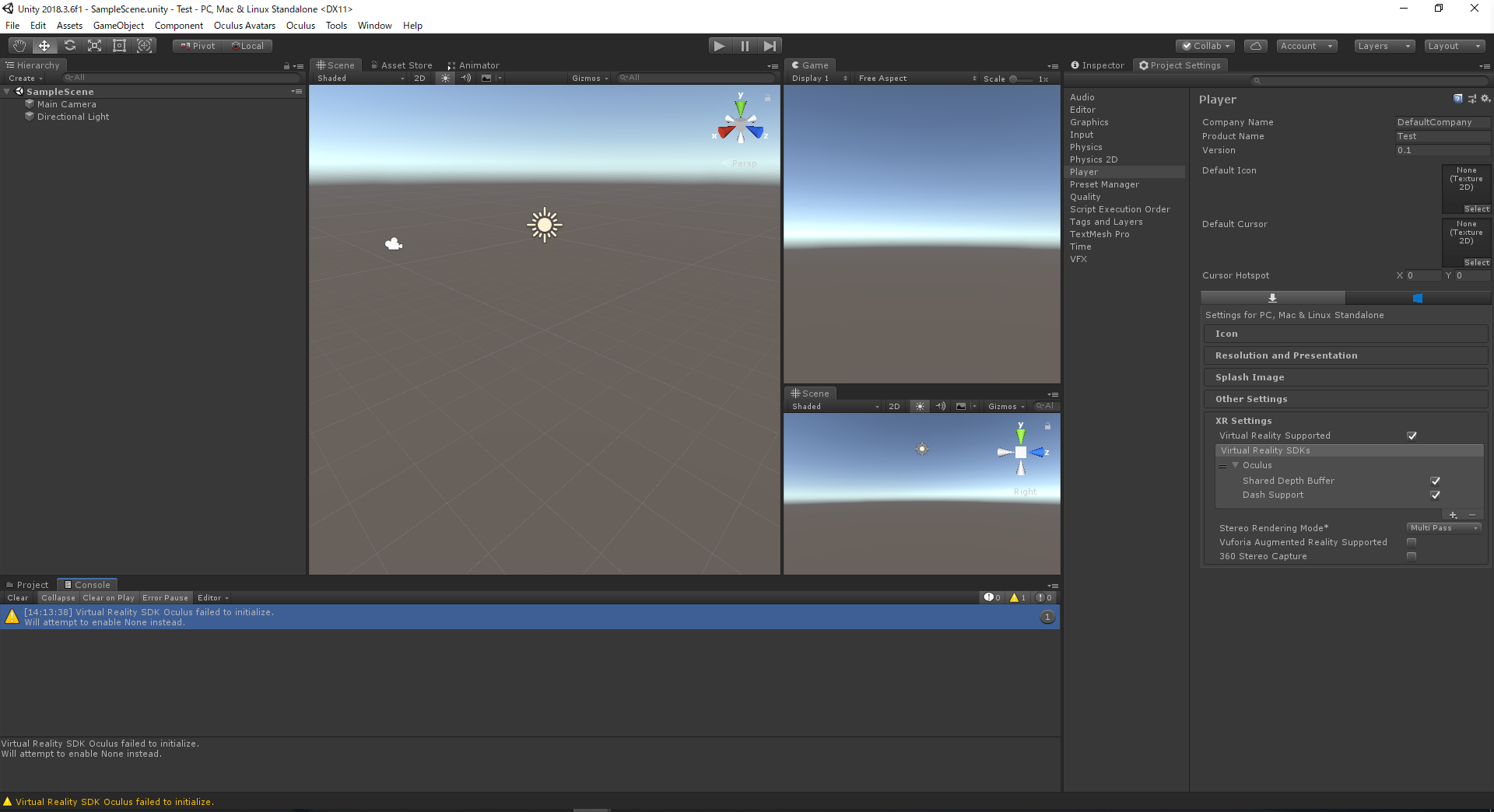