Can I apply a boundary similar to the Rift "play area" to game objects? 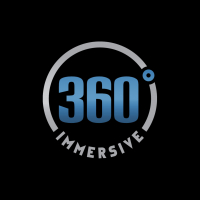 JacksonGordon Posts: 138 Art3mis
March 2019 edited March 2019 in Unity Development
I'm trying to prevent users from putting their heads through walls with the Rift.  I've been experimenting with the OVRBoundary script and example scene.  The documentation seems to be gone or moved from the link I'm using, however.  I was hoping I could basically apply the edges of the play area functionality to the walls in my scene in Unity.  The implementation of moving the user back as they push the camera against the wall would work really well as-is, if I could just apply it to the game objects in question.  I tried BoundsLockedObject, but that keeps objects in the play area, instead of applying the play area behavior to an object.  If anyone has achieved this, or similar, pointers would be appreciated!
@NinjaGaijin - Are there any best practice guides or sample implementations?  Thanks!