How to give games title and icon in Oculus App Launcher? 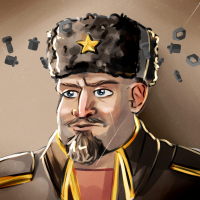 Lroy9000 Posts: 10 NerveGear
April 2019 edited April 2019 in Platform SDK Development
I'm currently working on my own video game for the Oculus Rift. It is not on the Oculus Store as I have no intention of putting it there. However, I've noticed that when I boot my game the Oculus App Launcher ends up making an icon for it. Since my game is coded in Java, it ends up making the banner the JVM icon and the title javaw.exe or something like that.

However, I have noticed that applications that aren't on the Oculus Rift store, but rather Steam, have their own icon and name in the Oculus App launcher. Is there a way to do this for my game as well? I would love to know if possible, thank you!
Tagged:
0
Sign In or Register to comment.
Developer Expand for more options.