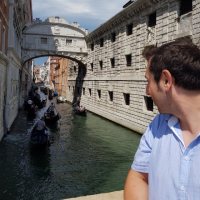 Oculus Start Member
April 2019 edited April 2019 in Oculus Go Development
I tried several titles on the Oculus Quest at Oculus Connect and the tracking worked very well, even for physical movement intense games.
So i am not worried about the tracking at all and i think a lot of people who are worried about that right now will feel way better about it once they try it.
(For example it is much better than the tracking on the Windows MR headsets)

But i see such worries online which seem to come from some people thinking up front that a Rift S and Quest may with an inside out tracking be like a downgrade on some ends compared to external camera sensors usage.

So i wondered, if it is technically feasible, could the Oculus fellas add the option that one could use external camera sensors on top off/together with the camera sensors on the headsets, so that that way one would get the best tracking, so even better than for the Oculus CV since combining the data from the cams on the headset with the data from the external cam sensors, gives, well, even more data for even further decreased blind spots.
(So not as requirement of course, because no need for it, just as additional option for people who want the most uber tracking)

I'd also like it if for the Quest it could be considered to add a port to it to use it with a cable as PC VR headset, too, for those who want to do that (in between) to use the pc only content on it and/or make use of the more powerful pc graphics card one may have (for again, running the content on the pc and using the quest purely as headset display, not for processing the content).

Overall i am looking forward to the Quest a lot, so these are meant as just some suggestions which i think could make even way more people of which some currently seem to have worries maybe see things way more positively and also, well, improve things further and increase use cases further, so i hope you see it as constructive suggestions.

anyway, keep it up