Launch Oculus Go app on the store, need your help! 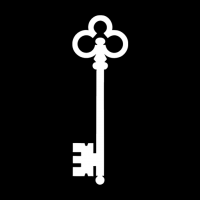 So 6 months ago I helped a friend showcase some of his artwork via VR by whipping up a couple stereoscopic cube maps and a Gear VR. He ended up saving a few thousand dollars not having to ship his sculptures to the art fair. After the idea was well received and effective for showcasing his artwork, we decided to start a business.
I hopped into Unity to develop my first app from scratch, after about a 100 YouTube tutorials and all you awesome people on these wonderful forums, we have something that's been Approved! (kinda) We have paying customers, we were accepted into the Oculus Start program, we have given talks at/judged an Oculus hackathon, and we just held the ****first ever VR art reception.
****We consulted a VR Art PHD on this, but could be wrong
Our company is called Art Gate VR (http://artgatevr.com/), simply it's a tool for selling artwork in VR. Artists, galleries, collectors, museums, & dealers can upload their artwork to our platform and share it with anyone around the world in VR. We've integrated social, avatars, web-upload, and have worked hard on making the visual experience as awesome as possible. I really think this is a good application to help push VR, as it's more of a tool instead of an entertainment experience. We've encouraged over 15 people to buy headsets so it seems to be working!

Long story short.. I just got the app approved for keys! Yay, but... we'd like to go live on the store so we can share our customers artwork on a larger scale. The team at Oculus suggested I send out some keys and get some feedback/suggestions from seasoned developers. That's where you guys come in.. (hopefully)
I would love any feedback or support so we can get this app live on the store.
Here are some keys to try it out, let me know if you have any issues:
https://drive.google.com/open?id=1Tt3-Z273PxlEMaJAyNIraGDvQ8MsvsuV
Thanks in advance, any feedback or just some moral support would be wonderful.
Tagged:
0
Sign In or Register to comment.
Developer Expand for more options.