Enabling wireless adb from within a (Unity) application 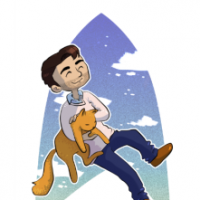 mattbenic Posts: 28 Brain Burst
September 2019 in Oculus Quest Development
We are using scrcpy (https://github.com/Genymobile/scrcpy) to "cast" what our users see to a PC, this works great both tethered and untethered, but requires us to connect the quest to a PC to enable wireless adb access (adb tcpip 5555). This needs to happen at least after restarting the headset, and sometimes also when it wakes up. So we would like to initiate this from the headset. We thought we could run the equivalent of the above command when our app starts up (and maybe after receiving a wakeup notification).

So in investigating this approach, I've found an equivalent to adb tcpip 5555 would be to set the system property adb reads that port from and restart adb. This should be possible on device with the following shell commands:

Second, it appears that running 'start adbd' would require root access, which doesn't seem possible on the quest at the moment.

So three questions here:
1. Am I missing a much simpler option here?

2. Has anyone successfully run a shell command on the quest using Process before, and if so how?
3. Has anyone figured how to restart adb or any other process on the quest that isn't an activity in an apk?