Anicrof Posts: 2 NerveGear
January 6 in Oculus Quest Development
Hello everyone,
I recently developped an app for Oculus Go on Unity using the OVR Plugin, and now I'm trying to port it to the Oculus Quest. The Oculus Go App was a bit laggy because there was a lot of world space UI, so I found ways to make it run smoothly at 60 fps.
When developping it for the Quest, I had to recreate a matching InputManager so it could work well with the controllers, and I changed OVRManager's target device from Go to Quest.
But when I build the app, it runs at maximum 40 fps on the Quest, even though it was really smooth on the Go.
Comparing both Profilers on my PC, I can't manage to find any difference : it looks like a lot of CPU usage is taken by EventSystem ( because of World space UI), Camera Rendering and OVRManager.Update() (which obviously can't be too altered by me (the raycasting part takes the most time)).
Of course this is because my PC isn't using all the resources of the scene since VR isn't activated, but to my knowledge there is still no way to connect the Unity profiler to an Android Oculus device.
Here is the Go App Profiler : 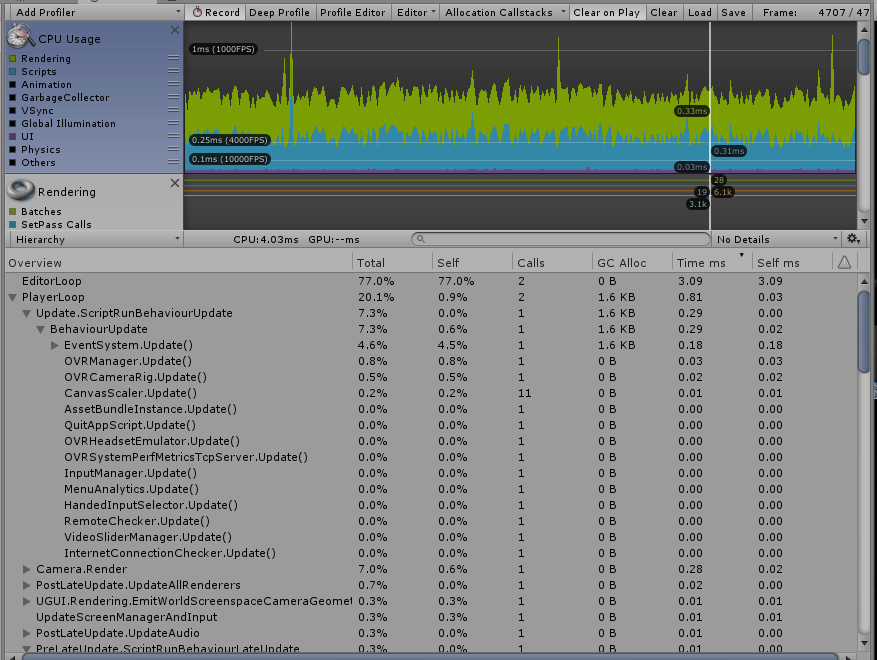 And here is the Quest's : 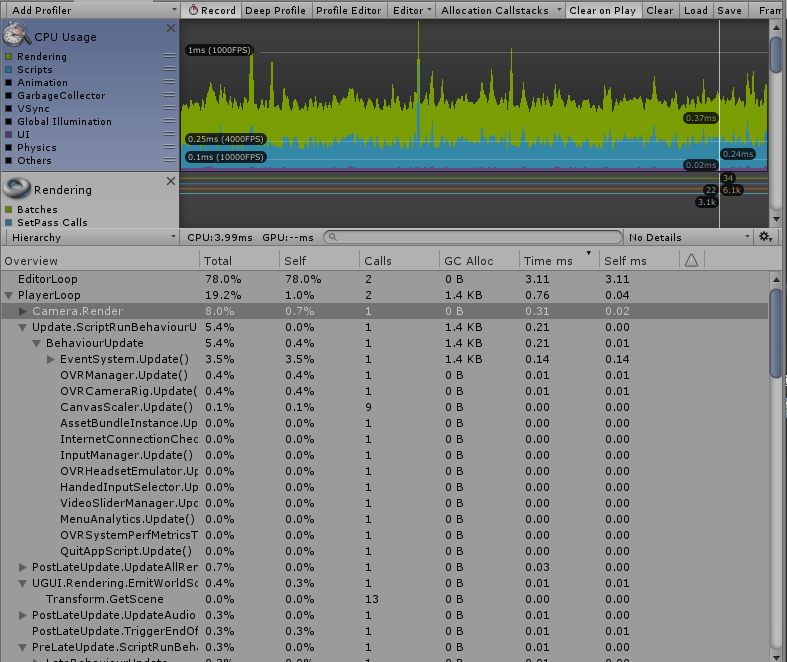 Behaviour script Update takes even less time on the Quest because I managed to optimize some things.
So basically I want to know why the application takes way more resources on the Quest than on the Go. It can't only be the 6 DOF component.
Any suggestion is welcome, Thank you !
Tagged:
0