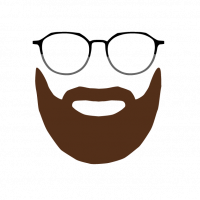 VOYRE Posts: 1 NerveGear
June 29 in Oculus Quest Development
I've been running tests on playing back 360 video content in the Oculus Browser (assuming its version 10.0) on a Quest and am getting a lot of unusual behavior.

The browser doesn't seem to support over/under stereo content in 1:1 or 2:1 aspect ratios. It adds letterboxing and pillarboxing to reformat the content in a 16:9 aspect ratio. It also has very limited H264 level support, I couldn't find any official specs, but based on my testing it looks like anything with a resolution beyond what level 5.1 supports won't play back. "Best" quality I can get so far is a 3840x2160 16:9 formatted mp4 but it doesn't stretch the video properly so you get a black seam line down the back.

There's no cubemap support so you can't go to Facebook and play back a video, youtube doesn't work (which isn't oculus' problem per se, but still...) it's essentially a useless browser for anything 360 video related.

Is there any resource for best practices with that browser with encoding 360 (i.e: resolution, codec support, frame rate, etc)?

Will it be updated to support modern H264 levels?
Tagged:
0
Sign In or Register to comment.
Developer Expand for more options.