Oculus Android (Quest, Go) does not play more than one video at a time with Unity Video Player 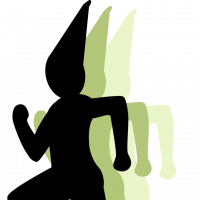 DuaneG Posts: 2 NerveGear
September 13 in Oculus Quest Development
I have seen this issue posted on several other forums, but it does not appear that anyone has found a solution. The Unity video player works great as a render texture for materials on objects such a quads, skyboxes, etc. However, when more than one video plays at the same time, all of the videos seem to try to play all video textures at the same time. The result is flickering between frames of all videos at it cycles between each frame of each video on all materials. This seems to be an issue that is specific to the Quest Android OS. When playing on the Quest using Oculus link, it works fine. It also works fine on my Android phone, thus indicating that it is not an Android issue.  I am currently using Unity 2019.4.10 (LTS), but the version does not make a difference, I have tried it in earlier versions with the same result.
I also tried it on an Oculus Go. The same issue existed there, but more intermittent. It plays correctly for a few seconds, then starts flickering, the plays correctly and so on.
Tagged:
0