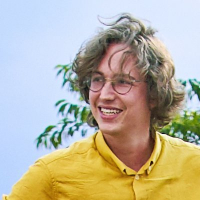 herbst Posts: 20 Brain Burst
November 18 in Unity Development
While developing an app that heavily taps into social features (P2P, Avatars, Rooms, Friends) we noticed that there's really strange behaviour when people are logged into Oculus Home on Desktop (with no app running, just logged in) and trying to use social features on Quest.

All of the following stop happening when people quit Oculus Home on desktop, so it seems there's something fishy going on there.
What we're seeing is:
Note that "having Oculus home open with the same account as on Quest" is a very usual case when developing for Quest; you're literally testing your app on Desktop (in our case through Unity Editor), and then building to Quest to test on device. Currently this very flow is super broken when using social features.

Is this known? Are there plans to make this more smooth? We'd really like to use the Oculus Platform features, but given those instabilities and all of the platform features being so tied to the user account instead of the device, we might have to use Normcore or others just for stability reasons.

Note that this is also related to Closing Oculus app kills all running Unity Editor instances which makes this even worse, as it means after building to Quest we have to sh
1
Sign In or Register to comment.
Developer Expand for more options.