Here is my effort for the VR Jam, Private Eye. This is the result of 3 weeks spent pretty much entirely in my room going slightly mad. It is far from polished and there are a few bugs to be found but I can say I've made a VR game, yay! As you can no doubt tell 'Rear Window' was a major inspiration (as well as Bart of Darkness!).

The trailer took on a more horror/thriller type aspect than what the game really is, I think this is due to me watching and re-watching the original Alien trailer the other day... 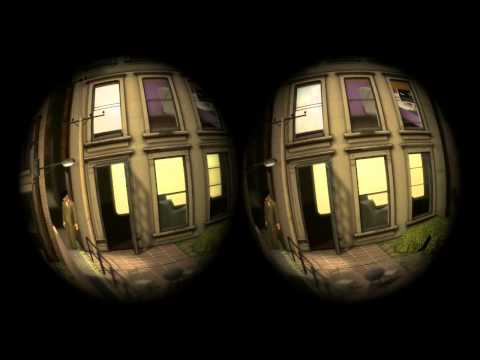 Oh here's the blurb:
See the world through the eyes of a private investigator - armed with a pair of binoculars, a notepad full of mysteries and time to kill. Your leg may be broken, but there’s plenty going on outside to keep you entertained. Prove your worth as a neighborhood watchman and foil the mafias plans. Do a spot of bird watching, take in some art, or indulge in voyeuristic pleasure as you sneak a peek at what Mr Clinton gets up to after dark. But you’d better keep vigil, the “Silent Killer” will strike at 10 and he’s closer than you think…

How to play (xbox controller):
Press ‘A’ to inspect / interact with an object.
Press 'B' to reset the Oculus orientation
Hold ‘LT’ to bring up your notepad and hit ‘A’ on a task for multiple hints.
Hold ‘RT’ to bring up your binoculars.
Rotating the left analogue stick will control the zoom function on your binoculars.
Rotating the right analogue stick will control the focus.
For everything else - just use your head!
Creative Director of Private Eye - A cinematic, neo-noir thriller for the Oculus Rift, where voyeurism meets mystery, played out against a 1950's New York city backdrop.
Official Site: http://www.privateeyevr.com
0
«123»