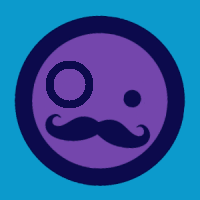 ShawnFeatherly Posts: 9 NerveGear
August 2018 in Audio SDK Development
Hello, I'm trying to set up the most basic and obvious room acoustics scene I can using the Oculus Spatializer Unity package. I'm having difficulty with the example provided.
I've reviewed the documentation on http://developer.oculus.com/documentation/audiosdk/latest/concepts/ospnative-unity-scene/ . Yet it did not have enough detail for me to actually tell that the RedBallGreenBall had a reverb being applied. When one of the audio clips was played by it self it sounded like it had the same reverb as when it was being played in the scene through the mixer.
I admit I don't have an ear for reverb. So I tried to make the RedBallGreenBall scene more basic and get more of an echo out of it than reverb. Using the hammer audioclip provided as it seemed like it'd produce a more obvious echo. Then a "stiletto walk" sound clip I found. I tried setting all of the OculusSpatializerReflection's Wall Reflection Coefficients to their maximum then their minimum values for both init and interior snapshots. No luck with anything.
How do I setup the most basic room acoustics scene so that I can blatantly tell that a reverb (or, even better, an echo) is being applied. Being able to set something up like stiletto heels echoing inside of a cave would be great for my untrained ears to figure out what the settings do.