다시: First time VR with Rift S (what a deception)

Remember everybody, it's almost impossible to know what to expect from VR without trying VR. People have different expectations, but also different susceptibility to presence.
For example, I tend to have low presence (the feeling that you are really in the VR world), but high immersion (getting engrossed in the world). I rarely forget I'm in VR or feel like things are real, but that's fine because I didn't expect to. I've owned my own VR headsets for 9 years (and first used commercial VR many years before that) and right now things are so much better than they've ever been.
But others get presence far easier. I've had people on older headsets (with much worse resolution and screen door) freak out looking over a high up ledge. My boss almost pulled my laptop off the table when reacting to an object flaring up when placed in the fire in the Tuscany demo. My niece thought Bogo was real.
But the word "deception" isn't really appropriate in this situation.
Just because a person doesn't feel presence in VR doesn't mean anybody that does is lying.
I don't like carrots. That doesn't mean everybody who says they love carrots is being deceptive. It's entirely possible for both to be true, they like them and I don't.

comatrix said:
Here it says that my PC is not powerful enough on Half Life Alyx (see my configuration above)

That's an annoyance, but luckily it's not a problem. It's just Valve messing up the hardware check and giving a fake warning, it means nothing in game. I get the same on my Threadripper with 2080TI.
Alyx is actually a bit problematic. Not only did Valve mess up that hardware check, but it's also the only game (besides X-Plane) that sometimes hangs on exit, causing your next problem:

comatrix said:
No way to close an app and start another one (it stays like this for HOURS), I need to close it from the task manager

This is definitely not normal behavior. I only know 2 games with this issue and one is Alyx. But even then, I've only had it happen a couple of times in Alyx, not every time.
One issue here is that the way Valve (not Oculus) implemented Oculus support in SteamVR is by actually making SteamVR run as a game. So as long as SteamVR is running (with that little popup status window), the Oculus software thinks a game is still running. But it should still be possible to shut down, if it is refusing to shut down that's the game's fault (or SteamVR's fault).

comatrix said:
Not even 40FPS on Assetto Corsa (I reached almost 400FPS on normal screen, I agree that VR is demanding but it is what it is: it is 10 times less and it causes Motion Sickness)

If you are getting 400fps on a monitor, then you aren't running vsync (maybe using gsync or freesync, but not regular vsync).
VR uses vsync because while screen tearing isn't that bad on a monitor, having it on a headset is unacceptable. So on the Rift-S you will get either 80fps or 40fps. Even if your hardware can handle much more, it's not going to show those rates.
You mentioned back on the first post using 1.5 times super sampling. Depending on where you had that set, the actual resolution can be higher than expected. Setting the Rift-S to 1.5 times in the Oculus software results in rendering 13.2Megapixels, while a 4K monitor is only 8.3Megapixels.
Even at the default 1x, the Rift doesn't render at it's native 1280x1440 per eye resolution, it uses 1648x1776 per eye (this is to compensate for the distortion post process).
Alyx is again problematic, because it ignores super sampling settings and chooses them itself. That's not typical.

다시: Will games be kept?

Games aren't removed from your account, just deleted from storage. You can redownload anything you've previously purchased. And I think you'll find that games are smaller than you expect - you will have to delete eventually, but it's not as common.

다시: Will games be kept?

Yes, games are attached to your account, not the hardware. You can uninstall and reinstall as often as you like.
Your save files are another story--there are few games using cloud saves, so when you uninstall a game, you may lose your progress. There are third-party PC apps (like SideQuest) that can back up your content to your PC, but I don't know whether this function is 100% reliable for all games.

Mushroomies said:
I have a USB 3 Hub that has individual on/off switch and did as you suggested. That works,
What I am not sure of is how to close the Oculus home. I cant find an exit for it

I close mine on the desktop Oculus Home app.

I just saw and enjoyed this video, maybe others will too... 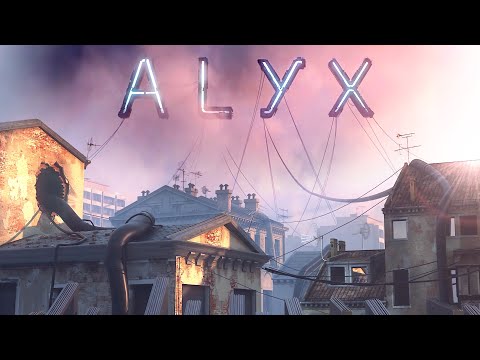 Mushroomies said:
I have a USB 3 Hub that has individual on/off switch and did as you suggested. That works,
What I am not sure of is how to close the Oculus home. I cant find an exit for it

I close mine on the desktop Oculus Home app.

Well you close Oculus Home to exit VR.
However Rift S will stay in a stand by mode, meaning that white light will remain on and the Touch Controllers if in standby still drain some battery.

Now you could unplug the USB, that will turn it off. I have mine plugged into a powered USB 3 Hub that has individual on/off switch for each port. When not in use I turn mine off there.

But normally when just taking headset off and shutting down Oculus Home, it will stay in standby.

First time VR with Rift S (what a deception)

Hi all,
I finally tried for the first time ever, the VR concept, and with the Rift S, there are positive and negative points, but overall it is a deception, not for the Oculus itself, but about what companies and reviewers claim to be the VR today..., I expected REALLY better than this, A LOT better.
Positive points:
- They do what they claim, I mean the VR concept, it is really addictive, it real feels to be there
- I had no negative points about controller flickering, even if it was not easy to understand at the beginning, how to run games in VR (for example in Assetto Corsa you need to select Rift Rendering, otherwise it will not work even if you start the games from the Oculus itself)
- The wearing of the Rift S is pretty good, even if when it is hot like today, the lenses mist up; it is pretty light to me and the adjustment assets are ok
- Luckily I have an IPD of 65, so it is ok to me
- very nice the pass through implementation, really really good, congratulations developers
Negative points
- First of all the most annoying even irritating point: every time I close a game (app), if you try to start another one it always says that it is not suggested to run multiple apps together for the PC resources, this stay ALL the time, even if you wait 2 hours (some people told me that this depends of SteamVR), you need to close manually every single VR process from the task manager
- Second the graphics aren't great at all, BUT AT ALL, you can see CLEARLY the screen door effect, it is like if you are sleeping under a mosquito met all the time, unless you are on dark areas, there the door effect is less visible but for obvious reasons, after I compared the game graphics on the screen and the same game on the Oculus and OMG, even the HD 1280*720 display is better, but A LOT Better, it seems to play on an OLD 4:3 TV on the Oculus
- The textures aren't displayed in a correct manner, if you approach the object near the Oculus, than the screen door effect almost disappear and you can appreciate REALLY the good work of the developers, but all the rest OMG, on Alyx, which is renowned to be one of the best VR games with best graphics, the cables were flickering on first area, you can see clearly the pixels if you watch far away buildings, even the ALYX text on first screen had some blu/orange halo, depending on how do you move the head and so on (on first thoughts I was thinking it was me not configuring correctly the Rift S, I read a lot on the net and no, the setting were even pushed on high, like 1.5 supersampling for example, 2k resolution and so on (I tried even 4k with same results), it was a REALLY bad experience I'm sorry, to me it's a NO on this aspect
- it is beautiful talking about a real 3D immersive world (and this is the positive point as described before), but you can clearly see that you are inside a cartoon like world, don't get me wrong, I don't mean like a cartoon, I mean you can clearly see that it is not real, not even approach the feeling about it
- I have no idea why, but today I had to do again and again the safe area (like 6/7 times), why it does forget continually the safe area?
- I have a powerful PC, not the top of the top but a high one (CPU AMD 3700x, Asus Strix 2080 Super 3 fans, 32GB of RAM 3.600 CL 19, the maximum on the third generation AMD processor can support on infinity fabric, higher is almost useless, 1.000w PSU, 1TB NVMe PCIe M.2 2280 and 2TB SSD 3.0, x570 E Gaming motherboard, 10 Fans Airflow from 240mm to 70mm), that said my GPU reached almost 88 degrees Celsius all the time (190° Fahrenheit), even if I put the graphics on 800x600 and disabling the supersampling (0), is it me or what? If it is, can someone explain me how to low that before I can cook the eggs on my GPU? Thanks a lot
- the dashboard inside the Rift S view is often misplaced, totally on the left or on the right and you can't move it
- often the controller (hands ingame) are misplaced, I mean they are under some objects, walls or under the floor and so on, and you can't restore them if not closing the Oculus software and restart it
OK stop talking because there are other negative aspect to say, but I think you get the message, I mean the idea.
To my humble opinion, the VR concept is really good one, but the development is not even a beta, I feel like it is on a  PRE RELEASE APLHA TEST, not even a complete alpha, but I bought it because I'm an enthusiast, but it is correct to say the truth about it

다시: NOT WORKING PRODUCT, DO NOT BUY

kojack said:
There can definitely be reasons to complain when things go wrong. People need a bit a tolerance for those not having a good time with their expensive VR purchase.
But on the other hand a new user joining the forum and their first post is yelling to not buy oculus products and calling the developers idiots is going to result in a lot less sympathy for their situation.

Ya, kinda makes you want to change the title from;

NOT WORKING PRODUCT, DO NOT BUY, to;

THIS THREAD IS NOT WORTH READING, lol!

Is the Quest a hybrid? (Cleaning up the Reverb G2 thread)

Kojack: Picking a good starting post to split off was difficult. I'm not saying mradr was at fault by having his post first in this thread.
Oh, and for inovator, I absolutely did not say the quest was or wasn't a hybrid. I said the argument was pointless because neither side was going to change their mind.