Oculus for the visually impaired?

Hi, I have a 7 year old nephew that is mostly blind but can see a little out of the inner part of his right eye.  He does play simple side scrollers like Mario while moving along with his character inches from the TV.

Could this be a display solution for him? Can the 'visual field' be changed and optimized to fit only the part of his eye he can see from?
0 Kudos
Share
Reply
4 REPLIES 4 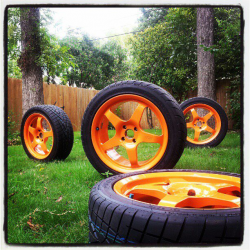 I have an artist uncle who has gone blind over the past year due to Retinisis Pigmentosis.  He had some special spectacles for a while that focused light in a special way into the parts of his eye that could still see.  It worked for a bit until his condition worsened.

He then had someone from a medical technology company come by with a device almost exactly as you describe. A headset with an LCD that was supposed to do what you're suggesting.

He said it was a disappointing experience. Your mileage will vary, of course. The device must work for some people or else they couldn't sell them at $5k a pop.

I know there are some vision researchers using Rift to develop similar medical devices for glaucoma patients. Google popped up several results for searches on VR glaucoma

That said, we do not sell or market the Oculus Rift as either a medical device or a prosthesis--it is not an FDA-approved medical device.
0 Kudos
Share
Reply

Understood, but asking if the drivers would/could in the future allow for adjustment to play around with and see if it may work for people like him.

I'm visually impaired too, and for me a little zoom will be a plus because I need to scratch my face on the  plastic too see better and read what It's writted.. (I see only good with the right eye...