It is with a tremendously heavy heart that I let you all know that we are closing down AltspaceVR on August 3rd, 7PM PDT. The company has run into unforeseen financial difficulty and we can’t afford to keep the virtual lights on anymore. This is surprising, disappointing, and frustrating for every one of us who have put our passion and our hopes into AltspaceVR. We know it will probably feel similarly for you.

You’ve made AltspaceVR one of the best places to be in VR (or on the internet). I won’t try to write down all of the memories that are flooding my heart right now of all of the laughter, puns, fun and friendliness that existed in this community. There have been spontaneous concerts, new friendships, marriages, surprise serenades (looking at you Shoo Shoo!) and too many warm hugs from Claire to count. We hosted so many firsts! And we still have the record for most people in VR at one time (were any of you there at Reggie’s first performance?). We’ve also seen so many community members come into their own and host karaoke nights, improv, movie nights and meetups for people all across the globe.

We are all humbled by what you made of this virtual oasis. Thank you for spending your time building, hosting, and making the best community we could have wished for. Please take the next week to make sure those connections live on past AltspaceVR. Because if you do, then what we built will really live on.

There have been many tears and there will probably be a few more to come. I’ve given up wiping off the mist that clouds my headset. Please join us for a final farewell party on 8/3. At the end of the party, we will be shutting down AltspaceVR.

AltspaceVR will officially close down on Thursday, August 3rd @ 5-7pm PT. Please make sure to meet up with any friends before then to be able to stay in touch.

You can save all of your photos and friends list by going to https://account.altvr.com/events and clicking "Friends" and "Photos". Click CTRL + S on PC or CMD + S on Mac. Make sure it says "Webpage complete". The full sized images will be downloaded.

For more information about this sad news, please visit our blog.

I've always had a good time every time I stepped into Altspace and it's a shame that it won't be around anymore. Even though I haven't spent a lot of time in there it's one of those apps that I don't want to see go away and would even pay a monthly/annual subscription to help keep it up. Sadly, there are people that think everything should be FREE so I'm sure even if the thought crossed their minds at Altspace they wouldn't mention it publicly.

Like @kojack mentioned, it did a great job of supporting Leap Motion and although I haven't tried it with the Perception Neuron yet I still have a few more days to try it for the first and last time.
1 Kudo
Share
Reply

I'm surprised this hasn't taken off given you only need a Samsung Gear VR to run it and a compatible phone. I used to use it with my Rift, I found some good friends on it, but there never seemed to be updates to the avatars and other things. I think it wanted to cater for the Gear VR, so unless everyone has upgraded to the Rift now I'm not sure what's happened to it.
0 Kudos
Share
Reply

They had announced some months before that they were working on an overhaul to the avatar system, but obviously circumstances didn't allow for it in time.
0 Kudos
Share
Reply

They probably have heard rumours of what Oculus and Facebook are building behind the scenes which would have killed their App anyway.
0 Kudos
Share
Reply

@Luciferous that probably added to it but there's always room for other apps even if they cover similar ground. I'm one of those people that don't like any of the mainstream social media apps but enjoy using lesser known apps and that's mainly because of the community.
0 Kudos
Share
Reply

From what I've read, a patent troll was going after them, and that scared away the VC funding.
Here's the lawsuit against AltSpaceVR: https://insight.rpxcorp.com/litigation_documents/12511784
The patent is for a performer and audience interacting with each other in a virtual world.

I skimmed through the article and that patent sounds like bullshit. I'm sure someone that has thoroughly read it can confirm or deny that but until then, that's my impression of it.

If Palmer saves AltSpace then all the new avatars will be dressed in Drag. Talk about a double-edged sword.
0 Kudos
Share
Reply 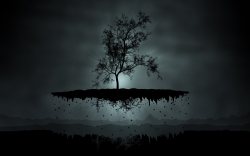 Wow, been too busy with other things in life, and finally got around to checking out some news. And this is what I read. I am very bummed to hear about this. AltSpaceVR is the app I spent most of my time in while being in VR. It became similar to the AOL chat room days, but in a whole new technological era. I had some very interesting conversations, and found it to be my VR -  Social Bar. Many nights would I make a few drinks and just hang out in there as if I was getting away, well, getting away from my wife without getting shit for being out too late and having to find a ride home.

What's interesting though is, me and my buddy had a conversation with one of the moderators in the room about how they could improve their app. First thing was improving the experience for users. We were in a group of about 6 people discussing ideas, and the main one was about avatar customization. Sure it was only 6 of us, but we all agreed that if they opened up their app for paid DLC to customize our avatars we would all pay for them. However, that didn't go over well with the mod, as he clearly stated that money was not an issue with their service/app, and they were well funded.

It seems whatever roadmap they had in mind with their investors didn't come to life as expected. It sure is a bummer. It had potential but I think with all of their events, and the first time Reggie (which I was there) technical difficulties it just wasn't enough to keep it going. But I think we all know that eventually there will be something similar down the line that will be much better - I mean it's basically a necessity to have a VR social center like AltSpace was, but until then it will be missed.
0 Kudos
Share
Reply