It is with a tremendously heavy heart that I let you all know that we are closing down AltspaceVR on August 3rd, 7PM PDT. The company has run into unforeseen financial difficulty and we can’t afford to keep the virtual lights on anymore. This is surprising, disappointing, and frustrating for every one of us who have put our passion and our hopes into AltspaceVR. We know it will probably feel similarly for you.

You’ve made AltspaceVR one of the best places to be in VR (or on the internet). I won’t try to write down all of the memories that are flooding my heart right now of all of the laughter, puns, fun and friendliness that existed in this community. There have been spontaneous concerts, new friendships, marriages, surprise serenades (looking at you Shoo Shoo!) and too many warm hugs from Claire to count. We hosted so many firsts! And we still have the record for most people in VR at one time (were any of you there at Reggie’s first performance?). We’ve also seen so many community members come into their own and host karaoke nights, improv, movie nights and meetups for people all across the globe.

We are all humbled by what you made of this virtual oasis. Thank you for spending your time building, hosting, and making the best community we could have wished for. Please take the next week to make sure those connections live on past AltspaceVR. Because if you do, then what we built will really live on.

There have been many tears and there will probably be a few more to come. I’ve given up wiping off the mist that clouds my headset. Please join us for a final farewell party on 8/3. At the end of the party, we will be shutting down AltspaceVR.

AltspaceVR will officially close down on Thursday, August 3rd @ 5-7pm PT. Please make sure to meet up with any friends before then to be able to stay in touch.

You can save all of your photos and friends list by going to https://account.altvr.com/events and clicking "Friends" and "Photos". Click CTRL + S on PC or CMD + S on Mac. Make sure it says "Webpage complete". The full sized images will be downloaded.

For more information about this sad news, please visit our blog.

kojack said:
From what I've read, a patent troll was going after them, and that scared away the VC funding.
Here's the lawsuit against AltSpaceVR: https://insight.rpxcorp.com/litigation_documents/12511784
The patent is for a performer and audience interacting with each other in a virtual world.

Long as all the code is made by AltSpace VR - why would they be scared? An idea like this has been around for a long time. It also states devices - witch wasn't made by AltSpace but by third parties. I'm not even sure it could even be hold up in court long as all code was written by them in the end. Programming is consider free speech so long as the idea/code written is made by a group of programmers.

It's one of the big reasons Oculus kind of took a bit hit from the last court case. Some of that was for other reasons - but over all - if the patent doesn't have code related to it - and prove that the code they used is the same as AltSpace - then they really don't have much ground to stand on.

Sadly, I think copy rights are a good thing - but they need to be revamp for sure. This is getting silly how easy it is to create a patent and sue later for it. We need to add the "You must make a product of your idea with in the first 5 years" claim or be a bit more strick who gets a patent for what - by forcing the patent holder to do research that the idea has never been created or thought up by others already.

Not much is lost if you go to court with them at this point. I really think AltSpace should just do it - see what the outcome is first - and if they win - counter sue for dragging your name in the mud and scare tactics to destroy a company.

I'm all for fair - but there are times I really think we need to take a step back and rethink how everything works in this world at some point.
0 Kudos
Share
Reply

Mradr said:
Long as all the code is made by AltSpace VR - why would they be scared? An idea like this has been around for a long time. It also states devices - witch wasn't made by AltSpace but by third parties. I'm not even sure it could even be hold up in court long as all code was written by them in the end. Programming is consider free speech so long as the idea/code written is made by a group of programmers.

What you're referring to is a "copyright" issue. But the AltSpace legal problem involves a "patent." Those are two distinctly different forms of intellectual property issues. You can't write your own source code to copy someone else's patent. Just like you can't use your own pen to write someone else's book.

I think the word of AltspaceVR shutting down sparked Sansar to open up:

Starting today, anyone can sign up for free at Sansar.com, create their own social VR experiences, and enjoy those others have shared. With the opening of beta, you can now share the links to your experiences to bring audiences into your creations!

I'm sure Luckey spoke with Cymatic Bruce which promoted the poll that most likely relates to this patent: https://www.google.com/patents/US6409599
0 Kudos
Share
Reply

One of the things I liked about Altspace was that I could use Perception Neuron with it. One of the very few apps that have any support.

With patents, they are supposed to be non-obvious. Someone performing in VR should be clearly obvious (and natural inevitability, even through organic interaction), especially when there are years of examples of portrayals of performance existing in VR in media, and, after all, we are talking about a behavior, not a technology, so I'm going to say the patent itself is probably bullshit (should be revoked).

not bothered either way ...I don't do social media ..... if I feel the need to meet people I`d rather do it face to face down the fkn pub
1 Kudo
Share
Reply


Altspace never really had any useful VR function’s and had
nowhere to grow because of that.

Something like Big Screen Beta already has some use and a
lot of room to grow to make that use better. I would be a lot more surprised if
an app like that just shut down.

What alternatives are there to Alt Space?
0 Kudos
Share
Reply 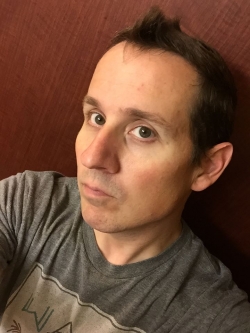 lovethis said:
What alternatives are there to Alt Space?

VR Chat , vTime come to mind..   I don't know anything about Sansar but others on here do