The BBC Sports VR app has said ‘we will remind you’ for the games today but it didn’t and now that’s gone.  Can’t find any reference to it anywhere else on the web
0 Kudos
Share
Reply 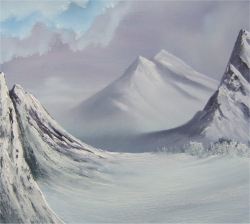 looked in just after half time of the Russia game, but the game is no longer there to choose, cant do anything with this
0 Kudos
Share
Reply

I had the same problem, I want it working for the England match!
0 Kudos
Share
Reply

A working app could be the difference between me buying a Go on release....or waiting. Keep us updated!

Working tonight for the Spain v Portugal game, and pretty impressive... about as good as you could hope for with the current hardware
1 Kudo
Share
Reply

tmxmra said:
Working tonight for the Spain v Portugal game, and pretty impressive... about as good as you could hope for with the current hardware

Is it possible to get this on the rift?
0 Kudos
Share
Reply

tmxmra said:
Working tonight for the Spain v Portugal game, and pretty impressive... about as good as you could hope for with the current hardware

The effect is very immersive and is a lot like standing in the crowd watchin the match for real. You get three views. The primary view is sat on a couch in your own box, high up in the crowd on the half way line. You can see the whole pitch in front of you and you get large replay screens floating high up in the air. On the floor in front of you is the a interface that tells you basic stats of the game, and of course you get the BBC comentary. There are two other views (one just behind the goal at either end of the pitch).
The bad...
The goal views are restricted by the goals and when you switch views it takes a 3-4 seconds to rebuffer (so you can't switch to last moment goal action quickly)
The biggest shame is the fact that the resolution of the screen is too low... its great to see the whole field and players but that means the players are very small and hence things look slightly out of focus.
2 Kudos
Share
Reply

Thanks for the review @flibberflops. Still sounds like a pretty good experience despite the limitations.

Edit: I assume the stream's are limited to UK IP addresses. Have any of our non-uk friends tried this app? Have VPNs been blocked? I'm in the UK but am curious.