Dealing with the bundled games.

I'm wondering what I will do with the bundled CV1 games, likely just sell them. But I have questions.

I've mentioned several times that I'm not really a gamer. Yes I bought a historically significant PS3 long ago, but I only ever bought a couple of games for it. I was working for the company that was working with Sony to build the officially supported Linux, and mine was the very first one in the world ever sold with Linux pre installed. Also one of the first three in Australia. If I remember correctly, IBM got the first one, I got the second, an IBM employee got the third. I met the IBM guys, and we compared notes, when I gave a talk about Linux on PS3 at a computer conference (linux.conf.au). So for me it was mostly a development work station. I can hear all you gamers groaning in disgust already. lol

The Rift will be the same for me, I'll get a few games, but mostly I'll use it for virtual world development. Of the two bundled games, I'm generally not interested in platform games (I suck at jumping), and really not interested in multi player death and destruction, especially in a world as hostile as I hear EVE is. Though if Valkyrie ends up with a decent single player mode, that might actually interest me. I'd be more inclined to play open world RPGs though, preferably single player.

Alpha and beta testers of these games might be able to help answer these questions. Mostly to do with downloading them.

1) So I'm really out of the loop about how games are distributed these days. Back then, it was on DVD or BD. These days it's more likely to be a download?

B) If it's a download, could someone let me know roughly what sort of file sizes these two games might be? Bandwidth is way overpriced in Australia, it could cost me the equivalent of buying the game a second time just to download it. Which would be silly if I want to sell it.

III) Just how do you go about selling a second hand downloadable game?

Four) How much should I sell them for?

Fifthly) Can anybody recommend decent open world, single player, disk based, RPG for the Rift? B-)

For the sake of comparison, one of the PS3 games I bought was Elder Scrolls: Oblivion. Something like that would suit me. Only without the bugs the PS3 version had that prevented me from finishing it.

Yes, I know, it sounds odd that someone heavily into virtual worlds doesn't like playing multi player games. What can I say, I'm a lover, not a fighter. B-)
0 Kudos
Share
Reply
3 REPLIES 3

It will either be keys for digital downloads (most probable) or a disk that is released with the Rift package. I am leaning heavily towards the digital downloads because they are more and more popular and don't require packaging or disks.

You could just sell your keys to someone or give them away (this usually works with most games unless they are locked to an email or other personal info). If the Dk2 still works with the 1.0 SDK, the Dk2 might be able to play these games and they would be even more popular. 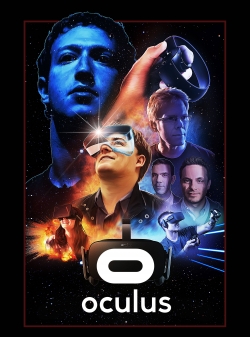 "ThreeDeeVision" wrote:
Since every Rift owner will have them, there won't be much resale value for that market.

Reminds me of a question I forgot to ask. Do those bundled games work as non Rift games?

Only pre orders are getting Valkyrie, so that might be of value to non pre ordered Rift owners.
0 Kudos
Share
Reply