I finally got around to updating Dolphin VR for CV1 and SDK 1.3.  🙂

It still has some bugs, for example the mirror window isn't working on Direct3D yet. And I'm not even sure that Opcode Replay mode is working correctly. And I have not pulled the last several months of Dolphin updates, so it is not current with master. And some things may be hardcoded for DK2, like Metroid Prime visors, and haven't been fixed.

Before you can run applications (like Dolphin VR) outside Oculus Home, you need to have Unknown Sources enabled. In the Oculus app window, click on the cog > Settings > General > Unknown Sources.

You will need to rip your GameCube or Wii games to your hard-drive or USB stick, because most optical drives can't read them directly. If you have a Wii or a Wii U (it doesn't need to be modded) and an external hard-drive or USB memory stick, then you can install homebrew channel and use it to dump games. See tutorials online for how to dump games for Dolphin.

Not all games work. Some work almost perfectly, and some are unplayable. Some games have Hide Object Codes and AR Cheat Codes to make them work better in VR, which you can find by right clicking a game in your game list in dolphin and choosing properties, then going to those tabs.

Don't forget to set your Graphics, VR, and Controller options.

I've only tested this on DK2. CV1 probably works.
Vive might or might not work. The Vive controllers aren't implemented yet.
Razer Hydra works (and can be used as a Nunchuk+Wiimote) but the button mapping is hardcoded, and you can't see your hands yet.
Currently working on Dolphin VR Follow along: https://github.com/CarlKenner/dolphin/commits/VR-Hydra Latest Version: viewtopic.php?f=42&t=11241&start=1020#p249426
2 Kudos
Share
Reply
297 REPLIES 297

Thank you so much! Now correct me if i'm wrong, but freelook doesn't seem to work in direct3d right only OpenGL? Trying to move the camera around in mario kart wii doesn't move and switching to OpenGL only brings up a black screen during gameplay.
0 Kudos
Share
Reply

The previous version worked with through steamvr and sdk 1.3. Anyway thank your for this another version xD
0 Kudos
Share
Reply

Dude, thanks for this. I'm really looking forward to giving this a go. I played Metroid prime only a few months ago (the Wii port) and I wished I played it back in '02.

Awesome, just gave it a go with Wind Waker, how would one go about making it behave with 90 FPS though?
1 Kudo
Share
Reply

In theory, you should set the Extra Opcode Replay Frames to 2.
But when I briefly tested the opcode replay feature in Wind Waker, it didn't work, I don't know why.
Currently working on Dolphin VR Follow along: https://github.com/CarlKenner/dolphin/commits/VR-Hydra Latest Version: viewtopic.php?f=42&t=11241&start=1020#p249426
0 Kudos
Share
Reply 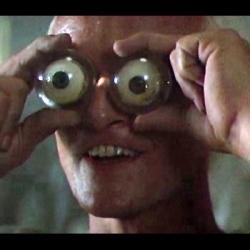 Is there a way to combine smooth yaw rotation and comfort mode?
I'd like to have 2 hotkeys for left/right snapturns in addition to the smooth rotation syle. Is that possible somehow?
Also,  how can I reset my orientation (recalibrate) ?
0 Kudos
Share
Reply

This is amazing.  I just tried out WrestleMania XIX and while it didn't work perfectly, it was fully playable and quite an experience!  Hopefully with some adjustments I can make it play even better.  Day of Reckoning 2 worked as well, but the audio was unbearable - though visually looked even better than XIX.  Really impressed with this so far!
0 Kudos
Share
Reply 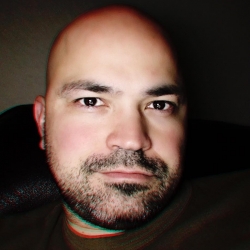 I must be missing a setting.  Just tried with my CV1 and only home is showing up while the game is playing on my monitor.
0 Kudos
Share
Reply