We may be losing a great VR game - but not sure if singleplayer will still work...

That trailer continues to amaze me - sadly the game wasn't exactly like the trailer, but still has amazing dogfights - and that's using singleplayer. Problem might be that the game needs a server to start... including the singleplayer  - we'll see how that goes.

Kinda ironic that devs take down the game after we finally get fast enough gpus to truly enjoy the game.

There's absolutely nothing wrong with the game - totally shines with extreme res. First with the RTX 3090 and extreme res, the game actually looks like the screenshots, lol:

I really hope that the singleplayer can survive and I don't have to do this on Friday...

Took a few screenshots, but very hard in this game due to fast movements:

Love the ships where the cannons follow your head movements - that really impressed me in 2017! Today we really don't have anything better - but of course Star Wars Squadrons is the king. 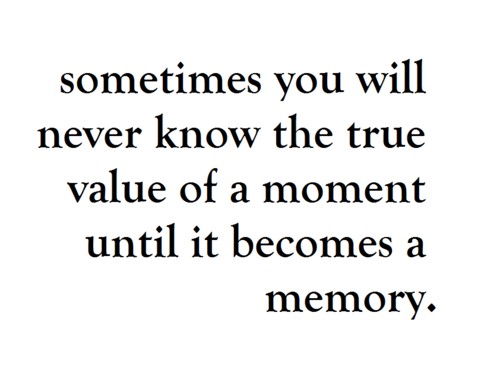 The game really is amazing, but it's also 30GB! - I took some more shots from the singleplayer missions:

It happened - the game is totally dead now, also the singleplayer missions - I can't get access to the game and get this error message:

I fully understand that devs can't leave the servers on forever, but they should allow me to use the singleplayer part of the game, which is installed on my drive and should need no internet connection. Due to the internet login, the game is totally dead for all now.

I did manage to complete all the great Recall missions last night - those are the scripted singleplayer missions like similar scripted missions in Star Wars Squadrons:

Loved the view above alien planets

Big bird getting grilled after a long battle 🙂

Many loved the Banshee - but not my favorite

I do consider it fraud that devs can completely ruin a product I paid for, especially when there's absolutely no reason for the singleplayer part not working offline. It seems I'm not alone with that opinion - like shown in this video:

I've taken my complaints to Reddit - I want my spaceships back, I do not care for any refund. In total my different posts about "Eve: Valkyrie - Warzone" not working anymore have now gotten 200,000 views. These two posts alone have gotten 130,000 views:

Btw, this was the amount of singleplayer content - which now is inaccessible - here directly described by CCP (now deleted on the Valkyrie website, but Google cached the original description):

Chronicles (Single Player) offer different game modes for pilots to try out their skills and get to know the lore of the game and the universe of EVE: Valkyrie.

Here pilots will find different options to either train, fight or run missions related to the two warring factions of the game, the Valkyrie and the Schism.

Pilots can participate in the Flight School to improve their skills. The flight school contains the following options:

Briefing: An introduction to the universe of EVE: Valkyrie.

Basic Training: Where pilots can learn the basics of controlling their ships.

Combat Arena: Where pilots are challenged to destroy multiple AI controlled ships. The arena allows pilots to test out ships without worrying about being destroyed.

Proving Grounds is where pilots can gain experience and progress until they reach Rank 5. Once this benchmark is reached pilots may fly against one another in the open multiplayer environment.

Training (many different maps, I don't remember the exact number)

Under the training category, pilots can find a selection of holographic training programs where they can test out the different ship classes in an open environment.

In addition to basic training there are several specialized pieces of training that will take them through the basics of each class of ship.

Recalls (= 4 scripted mission maps much like in Star Wars Squadrons)

Recall Missions give pilots a bit of history behind EVE: Valkyrie while also introducing some gameplay mechanics. In these missions, pilots will get a deeper look at the lore of the game and a better idea of the place it occupies in the history of New Eden.

Recalls can be replayed several times, as they are simulations created from memories of different pilots and their experiences. Through these missions, players are taken into the mind of pilots that fly both for the Valkyrie and for the Schism, they will visit different scenarios that will make them journey through many maps and complete objectives for both sides while their story is reconstructed.

Scout Mode is designed to allow players to explore and fly freely through all available maps of EVE: Valkyrie. There will be no enemies found during Scout missions, however, hidden away in between their structures, these maps contain Echoes and Relics that will provide pilots lore information and special loot for the game.

Echoes can be easily identified on maps as they will look like a blue eye icon. In order to activate them, pilots simply look at them directly for a brief moment. Once discovered, they will trigger messages from different characters belonging to the story of EVE: Valkyrie. After they have been activated for the first time the icon color will change to red.

Relics can be a bit trickier to find, but they will emit a beeping sound when the pilot is close in order to better pinpoint their location. After locating a Relic, pilots must fly through it to acquire it. Once done it will disappear from the map and the counter on the lower left corner will be updated. This is how relics appear in space.

In this mode pilots will be able to practice their combat skills against AI enemies in any map, with the possibility to adjust difficulty settings and appear in its Leaderboards.

Now 300,000 views to show the world what CCP did to a great PCVR experience:

- and add 30,000 views from similar posts on the Index SubReddit.

CCP isn't that big a company, I do hope they take notice. I'm prepared to fight for my beloved Valkyrie spaceships. If CCP does not respond, I'll try to contact them directly by mail. They just have to flip a switch and turn on the server - or make a small patch to make my installed 30GB singleplayer content come back to life...

Have you tried turning it off and on again?
1 Kudo
Share
Reply

Yes, btw, the thing about VR vs. 2D really is about immersion. Maybe some will find it silly that I care so much about an old space-sim, but this VR game felt like being inside the cockpit of a real spaceship, and unlike Elite and Star Wars Squadrons the action in Eve Valkyrie Warzone was very fast - you moved very quickly.

With CCP unplugging the server I lost access to some of my favorite spaceships - and I don't take that lightly. I consider that a significant loss, I was truly sad about this - and I'm aware that players of the 2D version may have absolutely no clue what I'm taking about.

Also the game was demanding - and first with recent high-end gpus I was able to experience the game with all its bells and whistles, and just when that happened the developers killed the game.

Being one of the few with a RTX 3090 and owning the game, I bet very few know what it's like running this this game with a res of about 25 mill pixels per image in solid 90 fps - with maxed in-game settings. Thus many may have no clue about this amazing VR experience which just was destroyed. An when the RTX 4000 series arrive this year, even more would be able to enjoy this action-sim with incredible image quality. CCP should re-brand the game, make new commercials to get more customers - the last thing they should do is closing the game! 2c.