Need a good work-out? VirZoom is back, now on Oculus Go and Quest

Disclaimer:  The following will probably sound like a paid advertisement, but I swear it isn't! I'm just a huge fan and long-time user of VirZoom, and I'd love to see more people getting into it!

Exercise is a challenge for me. I've never been able to do gym memberships because, well... most gyms are boring.  I never really feel that motivated to go in the first place, and if I do, I just can't stay focused enough to work-out to the fullest.   Back in the heyday of the Nintendo Wii  I got really into Wii Fit, and it was fun,  but in all honesty I never got that much exercise out of it;  I probably did Wii Fit for an hour every day, and still remained horribly out of shape.

And of course, now there are plenty of popular VR games that give a great workout, such as Beat Saber .. but those mostly focus on arm-movements, so what are you gonna do on Leg Day?

That's where VirZoom comes in.  You take an Oculus Go or Quest, (almost) any exercise bike of your choosing, and the VZ Fit Sensor Kit.. and suddenly, you're cruising across a battlefield atop a pedal-powered tank,  racing as a pegasus along (and high above) a dusty mountain trail, or biking your way through another part of the world on a Google Maps journey.

One of the accompanying apps, VZ Fit Play,  currently has 8 games (two technically just different tracks for the same race-car game, and two others sharing the same 'avatar' but having very different objectives)  with more planned for the near future.  All of them are simple and arcade-like, but excel at pushing the player to pedal hard and strive for a high score  (there are leaderboards, after all, and some of the games support live multiplayer).

The other app, VZ Fit Explorer, is the one where you can bike across the world, rendered via Google Maps street-views.  Just set a starting point and explore from there, or select pre-determined routes recommended by other users and the VirZoom staff.   For those exceedingly long trips, you can stop and resume where you left-off later, and for a more focused workout there's even a virtual 'trainer' available,  to encourage you to keep a certain pace.

The Sensor Kit itself costs just under $100, along with a Hardware License Fee of either $15 / Month or $120 / Year, which can be cancelled or changed at any time.  This fee allows the developers to continue making updates and creating new content and features for both apps, including whole new game modes for VZ Fit Play  (they have a bunch in development / prototype phase already, and I'm already hyped for some of them.. for example, "Rocket League, but with tanks"  and "A temple-run style zombie-chase game)

Presumably, the fee also goes towards funding the prize events that VirZoom hosts.  The format for these so far has been a cumulative-score leaderboard for a specific VZ Fit Play game, run over the course of either a month or two weeks. Rather than the highest scorer winning automatically,  the prizes were awarded via a weighted drawing; essentially your cumulative score is the number of draws you get, so someone with a score of 100,000 would be twice as likely to win as someone scoring 50,000.   And what were the prizes?  $100 Amazon Gift-certificates.  If that's not a motivation to work out, I don't know what is!


Edit:  I originally promised a Sensor Kit giveaway, but due to the lack of entries I've decided to host it elsewhere (likely the VirZoom Facebook page).   I'll provide another update when that has started, and links in case anyone wants to enter there.
It's hard being the voice of reason when you're surrounded by unreasonable people.
0 Kudos
Share
Reply
10 REPLIES 10 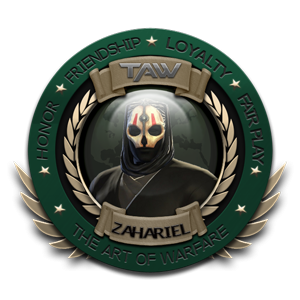 Zahariel said:
Sounds like a fun app but the $15 a month fee to continue to use it is off putting. One of the main reasons I got my HMD was the exercise options and I didn't fancy being tied down to a £20-60 per month contract... Is there not an option to buy the app and that's it?

Well, there is the $120/year option, which is a good deal cheaper overall.  The monthly option is more for people who haven't decided to commit to a full year yet, or I guess those who only plan on using it for a limited portion of the year.

Originally, VirZoom sold whole bikes (with the sensors and game controls built in)  and there was no license fee...  but IIRC, the base price of those was $400, so it's more like the usage fee was just included up-front.   With the new sensor kits only costing $100, the monthly/yearly fee is necessary to fund further software development.

But I understand the reluctance towards any kind of monthly/yearly fee.   It's comparable to a gym membership or any other kind of fitness class, but a lot of people aren't really keen on paying for those, either.

Thank for the reply and best of luck with your giveaway.