Playing with scale in VR, this rollercoaster shrinks you down the size of a mouse and zooms you around a living room! To celebrate the release of Unreal Engine 4 I decided to make a rollercoaster! I've been interested in playing with scale in VR (like in my RTS demo), so I thought it'd be cool to see what it feels like to be shrunk down to a tiny size. Turns out it's pretty awesome!

For those of you that are riftless, here's a full playthrough video;

Update v1.0
-Updated to Unreal Engine v4.4.1
-Added fixed timestep simulation to physics to ensure rollercoaster behaves the same at any frame rate
-Added an option to lock the camera's pitch to the track (press c)
-Some more optimizations

Update v0.4
-Added semi-realistic rollercoaster physics, is now a proper gravity coaster
-Adjusted the track to work with real physics
-Changed keypress to Enter key or Gamepad A
-Fixed a bug with the launcher PixelsPerDisplay setting

Update v0.3
-Updated to Unreal 4.3 with Oculus SDK 0.4.1
-Added position tracking support, fixed scaling issues
-Supports Direct Mode rendering, with the output mirrored to the monitor
-Added a front end launcher with graphics settings to help get good performance (I will release this as a standalone plugin soon)
-Optimized the post process code in UE4 for VR
-Added a frame counter to the bottom of the screen if performance is bad

Update v0.2
-Improved spline physics so the rollercoaster is much smoother around corners
-Added a jump over the lamp
-Added a sideways corkscrew at the end
-Added some new sounds
-Ported code to a UnrealEngine plugin to make it easy to share the tools (more on that later)

Editor
I've ported the code for my rollercoaster to an Unreal Engine plugin, so you can make your own rollercoaster with doing any coding!

Source code is up here;
https://github.com/Teddy0/RollercoasterPlugin

Here's a tutorial video on how to set it up and make a simple rollercoaster;

@Tannhaeuser Doesnt it work the same way as the DK2 worked?

GUIDE FOR 3D 360 EXPORT FINALLY - FOR GEAR VR
So, i've been mucking around with this for a while now. Finally got it to work with this plugin.

Quickly, we put a capture sphere, that captures a 360 video (one each from 4 locations), and transmits them to a texture that we put on a plane. We then use the existing camera in the RC plugin to look at this plane and place it somewhere where our capture sphere cant see it - behind the chair. Then once we have our 4 renders, we would need to use after effects (or similar) to - first, merge the renders together, then, set the rotational movements on the 360 videos, and finally export a 3d 360 video. 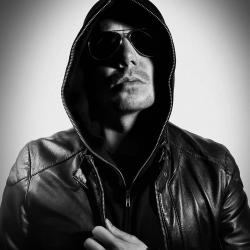 raahilK said:
@Tannhaeuser Doesnt it work the same way as the DK2 worked?

As the CV1 is my first Rift experience I don't know how apps from external sources are handled. Most of the "tutorials" about that topic are based on older software versions and simply not up-to-date.
0 Kudos
Share
Reply

raahilK said:
@Tannhaeuser Doesnt it work the same way as the DK2 worked?

As the CV1 is my first Rift experience I don't know how apps from external sources are handled. Most of the "tutorials" about that topic are based on older software versions and simply not up-to-date.

I can't figure it out either
0 Kudos
Share
Reply

@ all the CV1 users questions... the only way is to uninstall your actual oculus drivers and install an old outdated driver from the DK2 time... I don't have my CV1 here, don't know if it realy run with the old driver.
In short words all these versions are running only on the old developer environement, and we are fighting to update our code to the latest CV1 version.

I really enjoyed the realtime 3D modeling even though I don't have my Rift yet. I know as soon as I get this in Rift it will be even greater'
0 Kudos
Share
Reply

i'm trying to compile the source for 4.11.
installed vs 2015 and allways ending here

Can somebody help me out here ?
Was anybody successfull with compiling the code in VS2015 ?

Tedlz mentioned in his Package readme file about his hack with the lanscape splines. And that the UE4 guys didn't toch this for 4.9... it still worked for me under 4.10... but mabe its now time and they changed something with the handle ofthese splines.

MAybe somebody can clear me up here....

i tried to run this roller coaster but it won't shop up in the rift.  i see it on my desktop, but on the rift, i just see oculus home.  and yes, external source is enabled.

xunknownx said:
i tried to run this roller coaster but it won't shop up in the rift.  i see it on my desktop, but on the rift, i just see oculus home.  and yes, external source is enabled.

Either close the oculus home app, or stop callign the Gear VR the oculus