I am working through the first part of this, as it just released today. And so far I am loving it!
The story picks up exactly where Part 1 ended, and your character seamlessly transitions in to a Force User in training. I'm also excited to try the new Dojo.
Feel free to post your thoughts and impressions!
2 Kudos
Share
Reply
20 REPLIES 20

The dojo alone makes it worth $10 but...
The story mode feels like there isn't much effort put into it. Its very short and not all that much happens. There is maybe only one scene where you get to fight with both a saber and force powers. The force push/pull works incredibly well though. This game suffers horribly from the requirement that you stand still in a blue box and get a black screen with an arrow if you stray out of it. I guess they need that to make the saber battles work but it should only do that during battles. Its very limiting to be in VR and not be able to lean your head out to look at something.
1 Kudo
Share
Reply 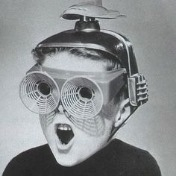 Lets see here... constant telephone like ringing and haptic feedback going off in my left controller, have no idea wth is up with that. Use the force text and arrows along with controller avatar in my hands the entire experience. And SUPER short, episode 2 makes episode 1 look like a 10 hr mini-series. The dojo is pretty cool thats about it. The bugs and glitches ruined it for me from the start. Will wait for episode III to be free before jumping in. I'll keep my $10 bucks. 2 out of 5 stars. 😞
I7-9700k - 32 GB Corsair Pro - RTX 2080 Super XC Ultra - Samsung Evo SSD - Oculus Rift S

I did notice some bugs unlike in the first one.
I think they already kinda blew it with the story. Its called Vader Immortal and it sets you up to be trained by him. The training lasts all of 2 mins. What now? No more training or training from a jedi instead? Either way they should have let you play the bad guy for longer than that.
0 Kudos
Share
Reply

First Oculus app Ive refund requested.
I found it terrible. I didnt like Episode I much either, but I rate this less.  Felt rushed.
Controls not responsive enough for the gameplay.  Seems like the standard (non teleport) locomotion movement was an afterthought...get stuck inside walls with no way out. (I had to restart the game twice).
Dojo II is better I guess...but not enough to make me like this game. Its lame, and repeatative..throwing the saber is the best experience in the whole game...and even that doesnt function how you'd expect...you'd think you can decide when it comes back by using force..but have to wait for it to hit something come to a stop and it comes back by itself.

I am waiting to get my new headstrap for the Quest before I finish episode 2.
Seems like this has some mixed reviews. Although it does have a near perfect rating in the Oculus store (Quest) currently, with over 500 reviews:
https://www.oculus.com/experiences/quest/2223615721048141/
I do think that, overall, this series does tend to feel a bit rushed and limited in capabilities. Such as being forced to stay inside of a circle instead of moving freely. But that is likely the result of trying to release a high-end experience so quickly. More features and more capabilities equate to longer Development (and Testing) time.
0 Kudos
Share
Reply

I wonder if it's so limited because it's really a Quest game ported to Rift S. Maybe the limitations of the Quest explains why it feels so limited.

I don't understand why I can't move around during battles. I also got stuck once and had to restart. The force was overpowered. I hardly used my lightsaber. Why did they change the lightsaber, it's totally unnecessary and fans don't want that.

I feel like the devs have no experience making VR game considering how buggy it is for such a small and short game. What a waste of a license.

I haven't tried the Dojo yet.

But don't get me wrong. I still enjoyed it just for the fan service. I also enjoy it for being a narrative game in VR. As an actual game, it's amateurish in its implementation.

Not being able to move during fights.

Having to move to these specific glowing spots to trigger the next event.

Getting stuck in walls

Trouble holstering my lightsaber because the holster is implemented poorly

Frustration targeting on objects to use force throw

Anyway, it's $10 bucks and it entertained me plus I have the Dojo.

But why aren't these combined into one game so I can play it from the beginning if I want?

I think it is limited simply due to the "rush to market" approach. The deal with the dev studio was quite new. They have a specific timeline to meet, and there's only so much you can do in a short amount of time.
The dev studio was not secretly working on this for years. The deal was signed, the deadline was set, and this is what we get as a completed project.
I'm not trying to make excuses; I am just trying to put the expectations in line with the overall timeline of development. These are not combined in to one game because a 'one game' isn't finished. They are probably working on Episode 3 right now, while everyone is talking about Episode 2.
1 Kudo
Share
Reply

I quite enjoyed the first one and although a bit short I still thought it was pretty good and packed a fair bit in. This one unfortunately didn't even feel like a quarter as long as the first one. I think it took me around 30 minutes or so. There was a couple of nice set pieces but that was about it. Oh and I had issues with climbing that little section of lava too and had to quit out and restart the app to make it work. So rather disappointed with this part 2.

Never realised you could throw the lightsaber, so will have to go back and try that again, but breezed through it all without that knowledge anyway.

Sure there's the dojo, but that's not what I bought it for and these wave based game modes never keep my attention for more than 5-10 mins anyway, then I find they become a bit tiresome and repetitive.
0 Kudos
Share
Reply

Chazmeister said:
Never realised you could throw the lightsaber, so will have to go back and try that again, but breezed through it all without that knowledge anyway.

You can't throw the lightsaber in the story mode.. at least not yet. You can only do it in the Dojo.