I don't know if anyone has mentioned this before, I can't imagine no one has, but the DK2 has a very unpleasant smell about it once it warms up. The unit isn't hot, as far as I can tell, so it's not a burning smell. The smell reminds me of the first run of Line Dice, a game I created and had manufactured through a chinese company. Something used in the manufacture of the dice left behind this terrible smelling residue that gave me a headache if I smelled it too long. And since I was bagging and packaged all of the dice by hand, I got to smell it ALOT.

The interesting part is that when I got the second run of the dice made, they talked me into paying for whole new molds and the second run of the dice had no residue nor smell. It was like they were using an entirely different kind of plastic, or maybe a different industrial lubricant to remove them from the mold. The smell was gone and the dice are clean enough to eat off of.

I'm thinking one, or maybe more, of the components inside the DK2 has that residue on them that is making that terrible smell. Without disassembling and cleaning every part by hand, I think it always will have it. I know, after a year of storing my dice, the smell did not go away on it's own. It's like an oil, and it doesn't evaporate. You guys at Oculus should be very careful with your consumer release as to not use parts with this substance on them. The Rift can be hard on the eyes and brain by itself. The last thing you want is some minor manufacturing chemical on the units to add to people's potential headaches.
0 Kudos
Share
Reply
14 REPLIES 14

I actually quite like the smell to be honest, it smells industrial and for me has become associated with the great experiences I have had with the headset. I also avoided any prolonged nausea to prevent association with that.

I am sure many people are put off by the smell though, I imagine as its a prototype run it was a case of chucking in whichever components were available in order to get it out the door, and the CV1 will smell of something great. I vote for beef personally.
0 Kudos
Share
Reply 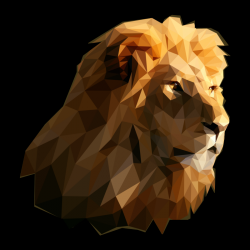 I just had to put my on to see if the smell is still there. It's either completely gone, or I've gotten so used to it that I don't notice it anymore.
Ordered: June 4th Status: Strapped to my ugly mug ON, Canada
0 Kudos
Share
Reply

"Wireline" wrote:
Hello there
I am sure many people are put off by the smell though, I imagine as its a prototype run it was a case of chucking in whichever components were available in order to get it out the door, and the CV1 will smell of something great. I vote for beef personally.

Not me, I think it should smell like bacon.

I must be smell blind, I hadn't noticed an unpleasant smell.
0 Kudos
Share
Reply

Thankfully, I don't notice any smell whatsoever coming from the Rift.
Interesting how some people smell it and some don't and whether or not that can be attributed to some rifts being smelly while others aren't or if it is something like the Asparagus thing and only certain people will notice...
“If you are willing to look at another person’s behavior toward you as a reflection of the state of their relationship with themselves rather than a statement about your value as a person, then you will, over a period of time cease to react at all.” (~I really gotta remember this shiz~) ― Yogi Bhajan
0 Kudos
Share
Reply

Electronics in general use alot of highly toxic chemicals in their production. Fresh PC components are full of strange, and often, very sickening odors due to their newness and lack of any covering. But with all of these, you're unlikely to really notice them much as you don't STRAP THEM ON YOUR FACE.

In such close proximity, and under the heating of normal operation, you're going to get a full face of every chemical used in the process of that item's production. This is really a first for the electronic industry. Never before has an item been held this closely to lungs, outside of those fake-cigarette vaporisers.

So *PLEASE*, I would advocate cation in the final production of the Oculus Rift. This could be a majority health issue. All of the components need a level of cleanliness that goes above and beyond all of the gadgets that come before it. As the DK1 had no smell, I would suggest a careful examination of all of the components added since then. This isn't just some minor, "Stinky Rubber" that some people have suggested. This is some kind of industrial chemical. It's something I've run into before, and I think it might be toxic.
0 Kudos
Share
Reply

"MaxSMoke777" wrote:
This is really a first for the electronic industry. Never before has an item been held this closely to lungs, outside of those fake-cigarette vaporisers.

I didn't notice any type of smell, may be I get used to it.
Mariah Albert Mobile Application development Company
0 Kudos
Share
Reply

There may be a slight smell at first, but usually this goes away pretty quickly.