Am I in the Minority?

Hi I just received my touch controllers and after trying out several touch gaming experiences I feel I've come to an unfortunate realization and I wonder if I'm in the Minority or if there my be a major majority of consumers out there like me.  I don't like motion/touch and roomscale gaming.
I'm an old school "lazy" gamer from back in the Apple IIe/Commodore 64 days and while I totally LOVE my headset and immersing myself in VR worlds.  I just prefer to move the rest of my body as little as possible to control my movements in the game.  I like using just a controller or even the great and reliable Keyboard/Mouse control scheme to move around and it really doesn't break the overall immersion I get from the headtracking and being surrounded by a 3D digital world.  That is all I want in my VR gaming and it's great that Rift & Vive have surpassed all that in continuing to make it even more immersive.
I feel that it is reaching over the core gaming audience and tapping into more of a Wii type of subset gamer and I just hope the simpler gamers like me aren't being ignored or overshadowed in all the complexity trying to go into full VR experiences.  I feel this issue is like the Technology in Minority Report; It looks really cool to be standing up and moving your arms in the air interfacing with a giant holographic screen, like many Touch Screen monitor developers were inspired by, but how many people really want to do all that movement when the most efficient way is still with a mouse and KB?  My favorite VR experiences so far has been with Doom 3 BFG and Elite Dangerous.  I do love the touch controllers for programs like Quill and Medium and it's the one reason I haven't returned my touch yet.
Is this type of discussion going on, or are polls being taken to see how many people actually prefer moving around so much in VR after experiencing it?
I would love to see more development going into something like VorpX which just takes great games we have now and adapts them for VR.  Or a type of standard SDK plugin made that all future games in development can add to their game to turn on or off VR headset support.  Just for the head tracking removed from the controller movement.  Yes many people do get VR motion sick, but I think that will gradually go away as people get used to out of body experiences.  I don't get motion sick even in games like Windlands.  I'm just used to thinking in ways of being outside my body.  I'm disabled and actually ride around often on a Segway Mini, and that type of movement is second nature to me now.  I'm very excited about VR development and seeing how far it will go, but I think the Wii type of experience in smaller than the gamer population as a whole and I don't want VR relegated to fad status because it doesn't appeal to the mass of gamers in the world.  It really is just a simple thing to make so many of us happy I think.  Just having the Headset implementation spread across all gaming would be the greatest upgrade to gaming as a whole and its worth buying a headset just for that element of more immersion.  I think in 5 years over 70% of the gaming population will be still using a controller, or Keyboard/Mouse combo to play games like Fallout 4, Witcher, Alien Isolation, Star Citizen/Elite, etc.  And they will all be using VR headsets for the rest of the immersion.  (Unless we have a Neural Interface by then?!)  Why?  Because that's still the most efficient gaming control scheme.
0 Kudos
Share
Reply
8 REPLIES 8 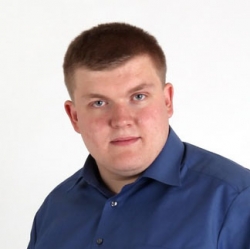 I think there a lot more people who gained their VR legs by now ... i mean - look at how many people are playing Onward or Doom 3, where you don't have 'confortable' locomotion.

But i think the OP is in minority. Roomscale maybe a temporary gimmick (it really make sense in just a few cases, like theBlu), but motion controllers are the next step in evolution. I think Doom 3 is a good example of that. You can play in VR with KB/M, with Gamepad or with Touch, most people go for Touch because it's natural. They're standing in place and all the locomotion is artificial, but they still use motion controllers for weapons and flashlight.

Maybe they use it now cause it's new and they want to get more used to it.  I can aim and shoot much better in Doom with keyboard/mouse, using the touch in that game is nice but it's not really needed, it's not that different than using the xbox controller.  Only real difference is you can use the flashlight separate and the touch is in two hands rather than the controller in one hand.  You use the thumb in exactly the same way to move, and pull the trigger to shoot in pretty much the same way.
Once this tech has been around for awhile I'd like to see the data as to how many people are still playing games standing up and moving around as apposed to those sitting down and using a normal controller or mouse/kb.  We might see how I'm not in the minority if games like Onward start adding more sit-down support and then how many people are still playing standing up.  I kinda doubt there will be any vr games made anytime soon that will let you use mouse/keyboard.  But if more start allowing it, that too will really show I'm not in the Minority afterall.
Also I believe more and more people will get used to VR enough that they don't get sick if they keep at it.  It just takes getting your body acclimated. One thing I'm quite sure about is all those big locomotion hardware devices are going to be out of business.  I feel sorry for those investors.
0 Kudos
Share
Reply

I've been using VR for a while, and I still get motion sickness onset quickly.

Comparing gamepad with motions controls is ... ridiculous. Most people would rather be in the VR world as if they are in real one, rather than use VR as monitor strapped to their face. I am surprised you don't ask to remove head tracking and add rotation using right stick on the controller  :s
0 Kudos
Share
Reply

In Doom 3 BFG you tell me what's so different about using an gamepad and touch controls.  It's not a VR developed game.  There's very little difference in that.
No the headset is nothing like having a monitor strapped to your head, why would you even make such an exaggeration?  Its fully like being in that place, while I can easily make believe for the rest like using my arms and legs with a controller.  I spent my whole life making believe using such controls and nothing is different now.  But it's way more immersive to be in a world that is all around you and adds a whole new level to making believe your somewhere else.  Why are you insulting me with that last comment?  You implying I'm stupid or something wanting to take away the main immersion that I spent quite a lot of time describing how much I love already?   That's irritatingly purposeful misdirecting of my point.  Head tracking is great!  Moving my arms around and standing up while gaming is NOT.. to me.  I don't like to Stand up while eating either.. is that such a stretch?
In VR I picture myself in sortof a machine moving around.  I'm in the cockpit controlling the machine, and can look all around me.   The machine is in another world, and I'm fully immersed in that, but I'm controlling that machine sitting down with whatever controls I have in my hands and that is totally comfortable to me.  Not physically flailing around the room hitting my hand on the edge of a desk, feeling the chords get wrapped up, and feeling my back hurt from standing too long.  That is NOT immersive for me.
Have you tried throwing a basketball with the touch controllers?  That is nothing like throwing a real basketball.. its awkward as hell.  Your hands and fingers aren't even in the right position, nor is there the indescribable sense that comes from judging real trajectory of a basketball that is naturally intuitive and seemingly one part precognition.
0 Kudos
Share
Reply

Eating dinner and being in a VR world are entirely different things, unless you play "eating dinner in VR" 😉

No, I don't assume you are stupid. You seem to be lazy and not willing to adopt to the changes, that's all 🙂

I understand that playing cockpit games seated with HOTAS or even regular gamepad is the thing. But playing games with you hold a gun and you are on your feet. It doesn't make sense to sit on the couch and play with gamepad, especially if you have to be able to turn around 360 deg. Rejecting that is like asking to go into alternative reality strapped to a chair with hands tied.

I agree that throwing things and doing stuff that is not holding guns and shooting  (or bow, or something that resembles hand pose on the controller) seems to be awkward.

Btw, you can disregard all my comments if you have disability or health issues that prevent you from standing and playing in VR with Touch.
0 Kudos
Share
Reply

Yes you are in the minority. Most people want to move and use their body and hands as naturally as they can even if it's not 1:1 accurate. Also like it was said, gamepads, keyboard and mouse can be very nauseous for the overall experiment. A lot of people do not want make them selves sick daily for unknown number of hours or days to get over it. Some people can never get used to it.

BTW you posted this in to the development section which means a lot of people never read it.
1 Kudo
Share
Reply 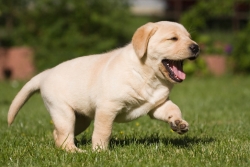 I like old school gaming too, but unfortunately, you are in the minority, financially and statistically.

People are wanting full immersion with VR, they want to really feel like they are somewhere else and not at a computer system. To not move forward in that direction would cause the rift to become dead in the water. Only a small minority would be willing or even skilled enough for playing with a mouse and keyboard.

I agree with all the other posters. I'm sorry if this direction isn't one you are comfortable with, I'm sure there will be the occasional indie game that still will use keyboard and mouse, but I feel the full immersion is the best way to go with VR.

I personally will be switching to develop for the touch controllers.