Any one use VorpX? if so how is it? 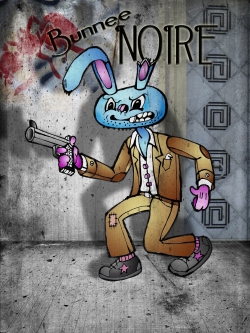 I am interested in getting VorpX for several games, including GW2, Alien Isolation, and several other FPS games, but I must say I am concerned about the quality of the product. I don't want to spend the money on the product if it simply maps the display, and possibly the "mouse look" function to the headset.  I don't know what else there would be, but I would at least like to see some feedback from normal users on how the set up and experience is.  any feedback would be apreciated.
0 Kudos
Share
Reply
14 REPLIES 14

It is okay. You have to spend a lot of time tweaking many settings for each game, but when you get it right it can give a great experience. Not as good as a native VR implementation so keep your expectations in check. Head tracking for many games is basically mouse emulation. I think it is worth it if you really want to get inside your favorite game world and there is no native VR support.

thanks for the reply, it seems my battle between what i want, and how lazy i want to be will continue on.
0 Kudos
Share
Reply

I think VorpX is overrated for VR. As mentioned it's a half measure and doesn't feel right imo with the Vive. However, in the cinema mode when you are playing a 3D game it's pretty neat.  Fallout 4 is great in 3D, as is Skyrim.  You can also use Tridef for this but I've not got that to work yet with Virtual Desktop. It's all rather fiddly with my current set up. Once I get my rift though it should be easier to fine tune.

I've got Skyrim running OK, but I'll probably need a GTX1080 to get a good framerate while also looking good. At the moment it's a choice between low resolution, jagged edges and OK frame-rate, or decent resolution and stuttery turns.

I tried GW2 last night, but there's no predefined configuration for it, so creating one will probably take a while.

The big issue with all these games is usually the UI. Skyrim, in particular, locks the UI in front of your face, so you just can't read anything that's far from the centre of the screen. I have to scale the UI down to be able to see all of it, and that then makes the text too small to read. 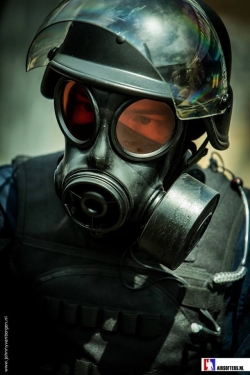 I personally haven't got it to work in a way that I'm happy with. I tried playing Skyrim, Oblivion, GTA V, and Battlefield 3. In none of them I can get it setup the way I want it to be. When I get it to display all the objects in the right size my FOV is so low that there is a grey border around it, as if I'm using virtual desktop. If I set the FOV in a way where it fills up the entire view cone all the objects seem distorted. Haven't gotten it to work properly yet, and honestly it makes me feel very sick. I'm just sticking to native-VR experiences for now.
ASUS Z97-Pro Gamer | Gigabyte GeForce GTX 1660 Ti Gaming OC 6Gb | i7-4790K 4.0Ghz | Crucial Ballistix 16Gb DDR3-1600 | Cooler Master G750M | Windows 10 64-bit | AOC G2460PG G-Sync 144hz 3D-monitor
1 Kudo
Share
Reply

DannyMNL said:
I personally haven't got it to work in a way that I'm happy with. I tried playing Skyrim, Oblivion, GTA V, and Battlefield 3. In none of them I can get it setup the way I want it to be. When I get it to display all the objects in the right size my FOV is so low that there is a grey border around it, as if I'm using virtual desktop. If I set the FOV in a way where it fills up the entire view cone all the objects seem distorted. Haven't gotten it to work properly yet, and honestly it makes me feel very sick. I'm just sticking to native-VR experiences for now.

The program is not very good, I have it and it doesn't seem to work well, after spending $40, you have to spend more hours just to get to even somewhat work. I end up giving up on it after a while, I feel its worth it if its free but not for the money. do your self a a favor and spend the $40 on a native VR game. I'm trying to get paypal to dispute my transaction for the program because its not as advertised,a VR program should feel like your in first person view, not just a zoomed up screen with 120fov. 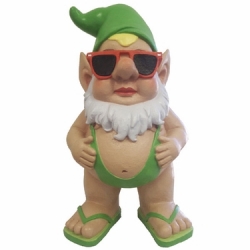 I've had mixed experiences, but maybe a little more positive than the comments so far, but admittedly, I just got my rift a few days ago, so I've been gleefully bouncing from experience to experience.  Vorpx's place, from my perspective, seems to sit upon how determined you are to play things in that glorious VR depth.  Most of what I've tried so far isn't natural enough for me to want to play a game that way the first time, but it's very cool to play around with.

I tried Mirror's Edge, one of my favorite games, and it was a touch more difficult to get my timing right with jumping.  Enough trouble that my excitement was tempered, but I'll definitely go back.  It should probably be noted here I apparently don't suffer the VR sickness, because after all the forum reading I've tried to get that experience from where others seem to get sick just to test my limits and haven't had any issues yet.  The closest to even uncomfortable I've had was doing some ridiculous loopy flying in EVE: Valkyrie.

Borderlands 2 worked very well.  I didn't play around in the menu that I can recall, so if that's weird it may require vorpx's screen peek feature (I've found most games do for menus and tutorial prompts).  The unnatural part, and this will be the norm for most games with vorpx is your view isn't decoupled from where you're aiming, so combat was a slightly off sort of "pay ATTENTION to this bad guy if you want to hit him and ignore your surroundings" sort of deal.  Not different necessarily from how you'd PLAY the game, but it FEELS different.  Still, I found it very playable and fun, and kind of interesting to essentially aim-assist myself by focusing my eyes on an enemy's head.  If you've got those strong keyboard/mouse emotions about shooters I could see this being incredibly frustrating, but I prefer most things with a controller, so I wasn't so put out by the more loose feel.  I don't know if that ramble mess conveys my thoughts, but that's my Borderlands impressions.

XCOM loaded in the theatre mode, so if that was geometry-enabled, I didn't play with it enough to work.  I already play on a good-sized tv and can do 3D if I want, so this feature isn't super enticing to me, but may be for others.

The Stanley Parable I loaded and couldn't quickly get configured, so no dice for me there yet.  I'm not averse to fiddling with settings if need be, but haven't with this yet, so no notes here either.

All that after 2 days, I'm 50% success with basically plug'n'play vorpx and happy with my purchase.  $40 is pretty high though, so if most of that sounds off-putting it might not be worth it.  I think I'll get my money's worth out of it but I don't know I'd unabashedly rave about it to everyone.

Basically, don't buy it if you expect a perfect VR experience out of the box, and aren't willing to invest some time in getting the game to look the way you want it to look. And don't buy it at all if the games you want to play aren't on the list of supported games, because there's no guarantee you'll be able to get them to work at all.

And don't expect a good VR experience in a graphics-heavy game on a GTX970. There's a lot of extra overhead that requires more GPU grunt to process. 980Ti seems to work a lot better, and I'd expect a 1080 to handle everything well.

Some games like Skyrim are already pretty well debugged, and did work OK me out of the box. Most of the time I spent setting it up was configuring it so I could run a first-person body mod, and trying to find settings that both looked good and didn't stutter when turning on a 970. Other games are more complex to set up.

Very useful info all (thanks :smile:), and about what I expected. I plan to get VorpX once I've (eventually) received my Rift, but it's always good to have realistic expectations.
0 Kudos
Share
Reply