Are Oculus Rift Hedphones Better than My HiFi Headphones?

Are the architecture of the Oculus Rift headphones any different from regular hi-fi headphones? Or are they just higher fidelity earcans to keep maintain the user experience for the general user?

If I already have a hi-fi headset, will that be able to reproduce the Oculus "Spatial Audio" affect?

Will there Be any downsides to using my own Hi-Fi headphones with the Consumer Oculus Rift?
0 Kudos
Share
Reply
19 REPLIES 19

if you have quality over ear hifi headphones they're likely to be better than the oculus ones.
0 Kudos
Share
Reply

"smilertoo" wrote:
if you have quality over ear hifi headphones they're likely to be better than the oculus ones.

I can't seem to find a definitive answer. It's always "likely" or "probably". But I can't seem to find the specs of the integrated audio. I guess my big concern with using my own over ear headphones is that it somehow affects or distorts the "spatial audio".

Any Oculus techies able to confirm? this is holding me back from pre-order.
0 Kudos
Share
Reply

For oculus games i plan to just use the oculus headphones, its less hassle with wiring and 3d positioning etc is likely to be programmed with those in mind; For music i'd use my DT770 pros as usual.
0 Kudos
Share
Reply

Palmer Luckey describes himself as an audiophile, and he describes the built-in headphones as "well beyond decent". He also suggests that even if you have better quality headphones, the built-in ones will give you a better VR experience. This might be because positional audio works best if the sound engineer knows the exact specs and distances of the speaker drivers in relation to the ears.
0 Kudos
Share
Reply

"Dreamwriter" wrote:
Palmer Luckey describes himself as an audiophile, and he describes the built-in headphones as "well beyond decent". He also suggests that even if you have better quality headphones, the built-in ones will give you a better VR experience. This might be because positional audio works best if the sound engineer knows the exact specs and distances of the speaker drivers in relation to the ears.

This is all pretty subjective though. Beyond decent could be comparing them to a competitor product, or most headsets you can buy which cost roughly the same as those attached to the CV1.

Maybe if they compared the quality to another product at a known pricepoint this could help. 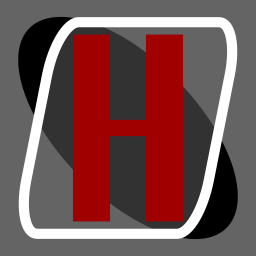 "cybereality" wrote:
The built-in headphones are pretty good, but it's hard to compare (there are so many different audio headsets of varying quality and cost). In any case, you can remove them and use your own if you wish.

Traditionally, I understand a "Dolby Headphone" implementation encodes multi/7-channel positional audio into a 2-channel audio signal for your headphones, in such a way as to trick your ears into hearing that in "3D"/"positionally" (without requiring 7 speakers).

I assume Oculus is doing something similar, somewhere?

Is it safe to assume the Rift receives it's audio over the HDMI connection?

Does that 2-channel positional/3D encoding happen in software on your PC (part of the SDK implementation?), sending a "pre-positionally-mixed" (3D/trick your ears) stereo signal over HDMI?

Or is some form of Dolby or PCM multi-channel audio sent over HDMI, and transformed into 2-channel "3D trickery" by circuitry on the Rift itself? Is it safe to assume that implementation is something other than Dolby Headphone? How does it compare?

If you were to plug a Rift into the HDMI output from your receiver and send it 7.1 audio, would it be capable of decoding and rendering that signal through it's headphones? Would it do that "positionally" and trick your ears into hearing "3D", or would it just be plain old left and right stereo signals with everything else lobbed off?

I've seen a video showing Rift headphones with contacts built into the mount that just snaps on and off the head strap, with no separate cable connection required...

If we wish to utilize your own headset, obviously it would have no way to connect to that proprietary strap connector. Is it safe to assume the Rift does not also have an additional regular 3.5mm jack(s) for plugging in headphones (3 pole) or microphone (2/3 pole) or headset (4 pole)?

If you utilize a separate audio output from your PC for your headset, does that interface only need to be stereo, and will be fed two-channel "pre-positionally-mixed"/"3D" audio by the Rift software/implementation/SDK for output to your headphones? Or will you just get plain stereo if that's all your hardware has?

If your PC has discrete multi-channel outputs, will the Rift generate multi-channel surround audio, which could potentially be fed into a 7.1 speaker system (via the discrete physical outputs or some Dolby/PCM encoding over optical, etc), and it's then up to whatever audio card/system you are using how to get that "3D" positionally encoded and into your 2-channel headphones, ala Dolby Headphone?

Much Thanks for any explanations, and sorry if this has all been answered somewhere else 🙂
0 Kudos
Share
Reply

Convince of only having to put one thing on and only have 1 corde; plus they won’t slip off will be worth it. You can also take them off and still put your headphones on if you enjoy making life harder for yourself.
0 Kudos
Share
Reply