We would love to hear about any and all updates to shipping that has to do with Australia. Have you received an email about shipping and live in Australia? If so please let us know here!!!

Cybereality said this on

Thu 24th:
They will go out mostly in order. We are just running a few smaller batches on a per region basis to make sure everything is working good before we automate things.

We'll have more batches to all regions following shortly. Please just relax. Thanks.

Yes, we already have stock of DK2 in multiple distribution centers around the world. We are currently waiting for the software to become stable, and then we can immediately start shipping to customers.

Here's hoping we hear something soon.

Still nothing for the land of Oz? Seems odd that the whole northern hemisphere has had notifications galore but none for our half of the globe.
0 Kudos
Share
Reply

I'd have conspiracy nutted that we were included in a via china method and blocked, but they did say via AusPost, but if you watch closely they've been working on test batch sends, and today they seem to be releasing more to the locals than they did last night. As my previous post, I'm fairly certain it's just a matter of waiting till this arvo when we start seeing oz results.

edit: also looking at the spreadsheet, there appear to be around 120 listed AUS orders, that may mean we have a very small base of orders comparitive to other distro centers, I'd like to think that means they can wipe us out with a single batch, but it may also indicate they will give us few per batch.
0 Kudos
Share
Reply 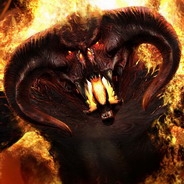 You may be right but remember that not everyone has put their details on that site. I would like to think that Aussies & Kiwi's would account for at least 1000 of the pre-orders. Maybe I'm being hopeful?

I do like the sound of all orders here being fulfilled in one batch, hope it's soon regardless.
0 Kudos
Share
Reply

I hope at least some of us are included in the first batch.. or if not even just an update telling us when we can expect orders to start going though but I know Oculus are under the pump, fingers crossed for an update/movement today!
0 Kudos
Share
Reply

Nooooooooooooooo! !!! Well... Yay, but damn you for getting my hopes up!!
0 Kudos
Share
Reply

I didnt even get that one 😞
0 Kudos
Share
Reply

I'm just a little surprised that there has been nothing posted about Aus at all. Not a 'settle down you skips. We will get to you soon' or anything. But I guess they are a bit busy with the rest of the world. It's going to be a looooooooooong weekend for some people if they do get their email late this afternoon. But I am willing to bet that it will be Monday now.
0 Kudos
Share
Reply

Yeah true! But they did say earlier that they can't give info on which dispatch centers and amounts. So i guess their hands are tied. Also they may not even know! But ohwell guys lets wait and see.


as for how many aussies, yes oculus has been pretty big over here, but we have a very shonky games industry. Dev houses collapsing, nothing super pro, mostly kids getting out of uni degrees with no jobs and little actual drive for indy dev. (Yes i did just offend all of you but i have strong opinions on how wrong our industry is!)
0 Kudos
Share
Reply

"maxxsinner" wrote:
I'm just a little surprised that there has been nothing posted about Aus at all. Not a 'settle down you skips. We will get to you soon' or anything. But I guess they are a bit busy with the rest of the world. It's going to be a looooooooooong weekend for some people if they do get their email late this afternoon. But I am willing to bet that it will be Monday now.

Yeah just nothing at all so far.. I'd be stoked for a 'processing order' update over the weekend but oh well time will tell!
0 Kudos
Share
Reply