For those of you that missed the live stream and dont want to wait for oculus to upload them.
Looks like some kind soul has already done it.

Thank you for that. Twitch is just so unreliable for me.
0 Kudos
Share
Reply

thanks for posting those vids
"DON'T SLOW ME DOWN, DUNCE" - Uchiha Sasuke
0 Kudos
Share
Reply

Twitch has muted the first 14 minutes of John Carmack's Keynote now along with part of the Music during the break...
0 Kudos
Share
Reply

Looking for the other discussions. Particularly "360-degree Filmmaking for Virtual Reality".
Any kind soul that could add this to YouTube. or how long before Oculus uploads?
0 Kudos
Share
Reply

Thank you very much for posting these
What an amazing time for Technology. Am feeling very lucky to be a live when this all pulls through!
DK1 | DK2 | GearVR | CV1 Pre-Ordered "I reject your reality and substitute my own"
0 Kudos
Share
Reply

Looking for the other discussions. Particularly "360-degree Filmmaking for Virtual Reality".
Any kind soul that could add this to YouTube. or how long before Oculus uploads?

Looking for the other discussions. Particularly "360-degree Filmmaking for Virtual Reality".
Any kind soul that could add this to YouTube. or how long before Oculus uploads?

And I'm interested in the UE4 and audio talks...

Me too, I want to understand how this 3D audio is going to be implemented in UE4.

Does standard UE4 non spatialized audio just get passed on to the CV HMDI audio deivce and the SDK takes it from there(Which I dont think is the case as all the audio has already been mixed).
Or will Epic and unity have to make some radical changes to there audio subsytems?
DK2. Phenom 2 x4 4.2GHz,Asrock Extreme 3 970,8GB DDR3 1600, R9 270x 1180/1400.
0 Kudos
Share
Reply 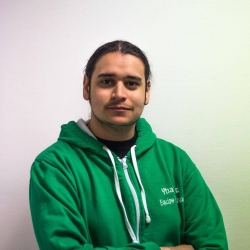 Does anyone know if all the panels video will be posted on the web? (I mean, does the ones that wasn't streamed lives been recorded by Oculus to this purpose?)
CV1+Touch; Running on GTX980 - 4770K - 32GB DDR3 Developer at LIV
0 Kudos
Share
Reply