Just saw this article on IGN http://uk.ign.com/articles/2015/05/06/oculus-reveals-when-the-consumer-oculus-rift-will-ship saying that the consumer version will be out in 2016 Q1, and we will be hearing more about it in the coming weeks.

The consumer version of the Oculus Rift is expected to begin shipping in Q1 2016, with pre-orders opening “later this year,” Oculus VR announced today.

The company will share more details of its hardware, software, input and unannounced speciality games in the coming weeks, beginning with its technical specifications next week.

So let's create that "Crystal Ball Ltd." company together and get ourselves some Ferrari's from that. 😉
Not an Oculus hater, but not a fan anymore. Still lots of respect for the team-Carmack, Abrash. Oculus is driven by big corporation principles now. That brings painful effects already, more to come in the future. This is not the Oculus I once cheered for.
0 Kudos
Share
Reply

Any thoughts on that?

"The Oculus Rift builds on the presence, immersion, and comfort of the Crescent Bay prototype with an improved tracking system that supports both seated and standing experiences.."

So they've mentioned "STANDING" experience finally! it's the first time they officially talk about the chance to play standing instead of just saying" Oculus Rift is a seated experience".

"In the weeks ahead, we’ll be revealing the details around hardware, software, input, and many of our unannounced made-for-VR games and experiences coming to the Rift."

So let's create that "Crystal Ball Ltd." company together and get ourselves some Ferrari's from that. 😉

One thing bothers me a little bit.
In the weeks ahead, we’ll be revealing the details around hardware - So, The Rift will come out Q1 2016, and the specs already known. It means specs will not change till Q1 2016?.. The resolution will be the same.. FOV.. Tracking system?
I think it will be outdated in 2016 😞 Especially if we take into account the fact: CV1 is updated Crescent bay..
Time to worry?
0 Kudos
Share
Reply

What did you expect? They need to lock down specs early to have time for evaluation, pre production and then production. Those things takes LOADS of time, and they also need extra time if things goes wrong during pre-production to not having to push the release date.
0 Kudos
Share
Reply 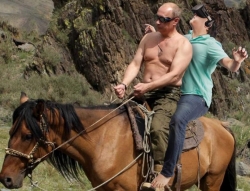 Good news!
Any predictions on the screen(s) resolution?
For a successful technology, reality must take precedence over public relations, for Nature cannot be fooled. Richard Feynman
0 Kudos
Share
Reply

Temptations
As I already provided, Rift VR consumer headset comes in March. However since September, we will be tempted with Gear vr to consumer... and HTC Vive! Who will endure wait almost six months ? I'll probably buy Gear vr and then Oculus...