For today's Developer Showcase update, we've asked Temple Gate Games for some tips and tricks to help new players jump in and get the most out of their sessions. This will help you know what kinds of cards are available at a glance, and help you develop your own strategies around them as they appear in the center row.

If you've not had a chance to pick up Ascension VR, it can be purchases for both Rift and Gear VR!  We hope this is helpful! If you have any other tips or tricks, be sure to let us know in the comments below!

The different colored cards represent different factions in Ascension. Each of the four factions has some general themes about what mechanics its cards trend toward.

Void (purple) is heavy on banishing.  This is a great way to reduce bloat and remove the least powerful cards from your deck so your most powerful ones are drawn more frequently.  Banishing a card sends it to into a nexxus called the Void.  One example is the Void Initiate.  With its bargain price of only one rune, if you luck into it early game you can start whittling down right away.

Enlightened (blue) often grants card draw.  By increasing your hand size you improve the chance of hitting a combination of cards that work well together.  For example, Temple Librarian allows you to discard a weak card, then play Shade of the Black Watch which allows banishing from your discard pile.  Using card draw will improve your chance of having both of these cards available to use together.

Mechana (brown) cards stack well together.  Some of these cards will allow n power gain, or n rune gain, where n is the number of mechana cards in play.  Mechana constructs in particular have a very high honor to cost ratio.

Lifebound (green) often grants direct honor gain.  Determining when to focus on honor is a big part of the strategy in Ascension VR.  The game is over when the honor pool has been exhausted, but how fast this happens is up to the players.  Players can expedite the game by killing more monsters and gaining more direct honor with cards like the Lifebound Flytrap Witch.

Nice post, I'm excited to get into this game when I get some time.   And I want to mention that this game's artwork (cover art included) is really inspiring to me!
1 Kudo
Share
Reply

Nice, glad to hear it is helpful. I know I definitely adjusted my strategies a bit, focusing on Void cards to fill out higher value cards, or focusing on Lifebound cards. Playing a 4 player game was tough, but found this useful in watching the color cards come off the center and knowing a bit more about the other player strategy. I'm still learning all the cards :). 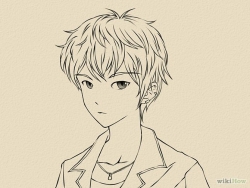 Partially colorblind so the Void and Enlightened cards look exactly the same from my perspective, but I'm used to this by now haha. Being a fast reader and having good, easy descriptions on each card prevents any problems and allows me to stay a quick-ish, Ascension-loving dude. The game is great!
2 Kudos
Share
Reply

I'll pas the color issue along to Stoneblade, cause they do the card art.  But we can adjust the background of the (X) zoom text to help.
0 Kudos
Share
Reply

Oh, it's no problem at all, really! Just played 5+ hours of your game haha. It's something I was born with so I'm used to it and really I can play it just fine so I wouldn't change anything because of me, heh. I was just mentioning it as I saw here the color scheme for the cards actually means something but honestly I can play the game perfectly good as is. Thank you for the consideration though, that was really cool 🙂
1 Kudo
Share
Reply

@cero490 we need to have a long session sometime! Ascension fan here, although I am still a noob ... clocked  a few hours so far.

@LZoltowski Yeah definitely, sounds fun. I saw you had it but have yet to run into you in the lobby. Things will become so much easier once Oculus has a messaging system or something in place haha. In the meantime, I make posts here and there on the Furious Angels' Discord server whenever I'm about to/am doing something where others can join me.
0 Kudos
Share
Reply

@Trytiped No wonder I don't see much of you, that's about my 1AM. Usually switch to something else by then but I'll have to remember that time as well and we can get a game in sometime.
0 Kudos
Share
Reply