Got to try Oculus GO - Thoughts

Was able to try out a Production Prototype of Oculus GO at one of our developers. I wanted to put down my feelings of the community here before I pen a feature:

- the display is much crisper than CV1
- the FOV seemed slightly tighter (not much)
- felt like the same performance as a GVR, just better screen
- did not try controller
- audio was underwhelming but this may be due to the demos

I was surprised that there will not be a SD card slot - and was not sure what the final production versions battery life will be. But I still think this will be a great boon to OVR.

I think this could put Daydream into a uncomfortable position - not sure if the OGO will be only able to access the Oculus Store - if that is the case, may be a bit of an issue if HTC release their standalone.

Final observation, I get the feeling that OVR will announce the launch of this a lot sooner than everyone thinks. 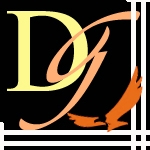 Attached micro usb drive to a sleek headset will look like tumor of VR hmd 😛 ,

Even sad part attached things have tendency to get lost in handling also being plunged in and out multiple times decays slot too. Obviously not as fast as charging slot of smart phone.

Imo OGO micro usb slot will get double hit in this case due to charging plug + Storage drive point plug in plug out....
0 Kudos
Share
Reply

Dilip said:
....
Imo OGO micro usb slot will get double hit in this case due to charging plug + Storage drive point plug in plug out....

I like how Carmack become the voice of reason against corporate excess - I agree this comprise solution is going to prove to be a bit of a speed-bump. Its "after launch" solution, also makes me wonder that some people inside OVR have been fighting a cause that has only now been recognised.

Don't know about half positional tracking (only headset 6DoF & Controller 3DoF)... But for SD Expansion slot i rather invest on mirage solo then limiting my self to 64 GB.

I have used MOTO G First Gen , i am still using it as my 3rd mobile. There were arguments it supports OTG, no SD expansion slot is still only thing i hate about that device.