I am incredibly excited about this news! Finally, after 4 years of mainstream VR... Facebook and Oculus are doubling down on VR at the Workplace. It's about damn time. Love it!
And to make this even stronger, Oculus' hand-tracking is launching in to General Release. It is no longer an Experimental Feature.
We’re about to celebrate an exciting milestone: the one-year anniversary of Oculus Quest and Rift S! From training your workforce to having fun with friends
Expanding the Oculus Store to Support Remote Work

As more people shift to remote work, VR can transform how we collaborate and help teams be more productive from home. Fully immersive environments can improve focus, while realistic avatar interaction in virtual meeting spaces let you feel more connected with colleagues. That’s why we’re introducing more collaboration and productivity apps to the Oculus Store on Quest later this year, including Immersed and Spatial.

Immersed helps optimize your focus and productivity, whether solo or collaborating with your team, by immersing you in a distraction-free VR workspace. People can connect Immersed wirelessly to their Oculus Go or Quest to their computer to access up to five additional virtual screens, which can be multi-screen-shared with peers. Colleagues can teleport into the same space to collaborate and even whiteboard together. Planned updates include the ability to connect your computers to your headset simultaneously, workspace customization, presentation mode, team/user-access management, workflow-integration, and more. Immersed is coming to the Oculus Store on Quest this summer.

Spatial is a VR/AR collaboration platform that allows people to work across distance as if they were in the same room, without the need for video conferencing or work travel. “We’ve seen a massive uptick in customer demand from prosumers and companies of all shapes and sizes who are having to rethink business models as they navigate a new and unknown territory,” says Spatial CEO and Co-Founder Anand Agarawala. “Connectedness has never been more needed than it is today—on both a practical, productivity level but also helping us feel closer to our coworkers, colleagues, or friends. With Spatial we can feel like we’re in the same room again working side by side, instantly changing the dynamic of any meeting.” Look for Spatial to hit the Oculus Store in the coming months.

more than 20 titles have surpassed the $1M revenue mark on Quest alone.

more than 10 titles have generated over $2M in revenue on Quest since we started shipping last year, including Moss and Pistol Whip. And SUPERHOT VR has gone Double Platinum, surpassing 2 million copies sold worldwide across all VR platforms.

we’re moving it [hand-tracking] out of the Experimental Features section and into general release, and we’ll begin accepting third-party titles that include hand tracking to the Oculus Store on May 28.

So much more news than I can copy/paste here. Updates to Beat Saber, and new experiences will be released soon. Full details here:

The following experiences will be released alongside Hand-Tracking's new milestone:
Elixir: Explore an unstable alchemy lab to obtain new and powerful hands, cast spells, mix potions, and poke a nauseated dragon. All of which will have an—unexpected—effect on the anatomy of your fingers, and it’s nobody’s fault but your own.

The Curious Tale of the Stolen Pets: Help your grandfather solve the mystery of the stolen pets by exploring wonderful miniature worlds crafted from the ground up for VR. Every world is unique, full of interactions and colorful life.

Waltz of the Wizard: An experience that lets you feel what it’s like to have magical powers! Combine arcane ingredients into a cauldron, unleashing creative or destructive wizardry upon a fully interactive world designed to feel believable.

Two award-winning immersive experiences are launching as the Cinematic Narratives Set, both with hand tracking enabled on Quest. Featuring the voice of Colin Farrell, Gloomy Eyes tells the story of a zombie kid and a mortal girl who fall in love, forging a deep connection that not even the most powerful man in town can destroy. The Line portrays a world of miniatures where routine is paramount and everything is always the same—until it’s not. Get your hands on these interactive films May 28.

MowTin said:
I'll tell all my coworkers to buy Oculus HMD's so we can have meetings in VR. Sigh...I wish. That would be awesome.

MowTin said:
I'll tell all my coworkers to buy Oculus HMD's so we can have meetings in VR. Sigh...I wish. That would be awesome.

I already have co-workers who currently own multiple VR HMD's. But yes, VR is - as of today - not at the workplace. But why would it be if it has been primarily focused on gaming? This is how it starts. Cart vs Horse.
In much the same way that Windows began as a client workstation in 1985 and by 2003 it was also a server running Enterprise processes and databases for nearly every Fortune 500 company.
1 Kudo
Share
Reply

Don’t forget, there will also be a big anniversary sale starting on May 21 on the Quest and Rift stores!

nalex66 said:
Don’t forget, there will also be a big anniversary sale starting on May 21 on the Quest and Rift stores!

Don't feel bad, Tom. I paid full price for GTA V recently, when the VR Mod game out. And this past weekend, Epic Games started giving it away for free! lol 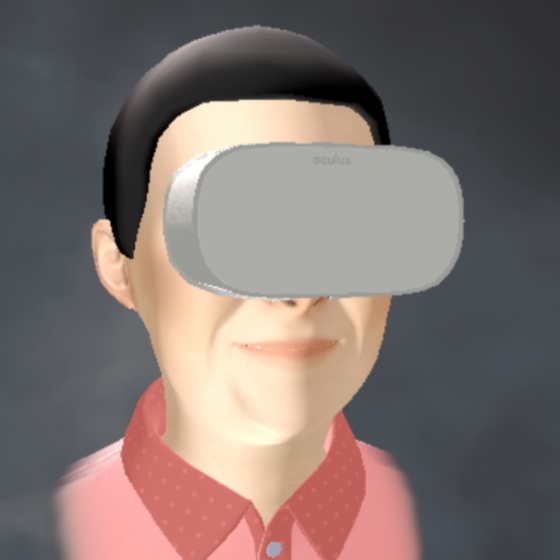 nalex66 said:
Don’t forget, there will also be a big anniversary sale starting on May 21 on the Quest and Rift stores!

Ya, thanks.  With my luck everything I've already bought will be on sale at 50% of what I paid for them, lol!

Think "Arbitrage."  If the headsets go on sale, buy many then sell them on Prime Day at the regular MSRP.
0 Kudos
Share
Reply