This thread may come off a bit weirdly to some of you, but I think also a lot of you will understand. I'm going to explain how the CV1 moved me to tears and what it really means to me. So here we go!

When I first heard about the Rift it was right before the DK2 was released. I had wanted something like virtual reality for a long time for a lot of reasons, but I never thought I'd see it come to fruition in my lifetime. I'm currently 32 years old by the way. Oculus got my hopes up. VERY highly. I wanted very badly to buy a DK2 but I just simply couldn't afford it. As I've said before I don't have a lot of money. In fact I had to save for most of a year to afford my CV1. And it was totally worth it.

I've had my Rift for a week now. And I absolutely love it to death. It
is the most amazing thing I've ever experienced and it absolutely
exceeded my expectations in every way. It's everything I'd hoped. It
will make my life so much better and happier. See, I'm disabled. There
are a lot of things I can't do because my body is very rekt. A lot of
things I want to do that I would NEVER be able to do. But now I can.
That has so much meaning to me that the first day I got to REALLY spend
time in the Rift(which was the third day I had it) I wound up crying inside of it(not recommended, kinda wrecks immersion :tongue: ). I realized that so many doors that
were forever shut to me are open now. So many things I would have never gotten to see or do can be seen and done now.

I don't know if you can understand the emotional weight of something like that. It's kind of like this. Imagine that you had no legs. And for most of your life, you haven't. But then one day somebody suddenly gives you legs. And now you can walk. It's like that. The major physical limitations I have suddenly matter a whole lot less. Sure, it'd be better to not have them at all. But that's not the life I live. This is the life I live. And Rift has already made it better.

And this is only the beginning.

I've said before in other threads that I lost a lot of faith in Oculus recently due to their incredibly tight lipped nature and refusing to reveal any information about what's going on at all. Unfortunately that still holds true. But the hardware... is everything I could have dreamed for. I fervently hope Oculus gets their s**t together and starts acting like a consumer oriented company instead of a faceless Facebook subsidiary. They've given me something so beautiful that it honestly hurts me to have to be suspicious of what they are doing and why they are doing it. But that is not what this thread is about. I just wanted to make it known that my position has not changed on this particular matter.

But the hardware... is nearly perfect.

I spend most of my life right here in this bedroom. Probably 90% of my time is spent right here. There is obviously a very limited amount of stuff you can do in a single room. Mostly I just do stuff on my PC. I moderate a forum(PCSX2), do lots of gaming, some coding, hang out with some really good friends in VOIP. But some days even that is too much. Some days it's too much to get out of bed and sit in this chair in front of my PC. That is how real and bad my problems with pain are. Right now my neck is just a massive fireball of pain, for instance. But it can get sooo much worse. Imagine not even being able to sit on your butt in front of your PC.

But I don't even have to get out of bed to use the Rift. Sure, it's better sitting here in my spinny chair. But the point is now, even on those days when I can't get out of bed at all I can experience life.

@Blyss4226 Thank you for sharing your story, this exactly the kind of stuff that is making me hopeful on how VR can help with disabilities, neurological disorders, rehabilitation, relaxation etc. I just KNOW we are seeing the tip of the iceberg here.

I'm 32, when I was younger I suffered from depression and anxiety (im all fine now btw 🙂 ) ... I wonder how VR could have helped without having to depend on meds.

LZoltowski said:
ARGHHHH, just clicked to see who did it and it thought I wanted to dislike too!!! How do I remove that? 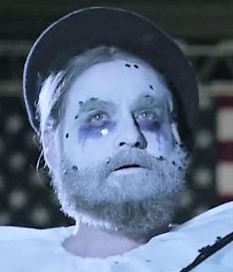 That's great happy to see it can give you though's things that were taken away. Jest turned 32, I have Extreme social anxiety plus panic attacks, and always have been that way doctors wondered how I was able to go to school. but I did graduate, and moved on guess because I take 6 mg of clonazepam a day with xanax for panic attacks as needed. It dose not work for me any more because of taking it, and other benzo's for over 15 years been up to 8 mg plus more for panic attacks but now I am getting off it slowly so I don't have seizures. Had tho's before when didn't have my med's they are scary to put it at the least, and could die from them. Have depression from anxiety, Chronic whiplash, pinched nerve in neck, back problems, third degree torn ligament separate shoulder so my collarbone sticks up all deformed looking, and it moves around painfully if I push my right arm to much. But I still get around don't push my self on my dirt bike, quad or snowboarding anymore all though's crashes really hurt me good, and really feeling the damage now that I am older. That's life, it slaps in the face, throws you off a cliff, and we still manage to live on.
ASUS MAXIMUS VII FORMULA / I7 4790K 4.7 GHz OC / NZXT Kraken X61 280mm / 16 gb DDR3 Corsair Vengeance Pro 2400 Mhz / Evga GTX 980 SC OC, GPU Clock +124 MHz, MEM Clock +175 MHz / ADATA 256 gb SSD, CORSAIR 120 gb SSD, 2 TB HHD / win 10.
1 Kudo
Share
Reply

For some people VR will change the world. Great to hear that.

I am also really moved by this story, the amount that a single device can affect your entire life is hard to imagine.  This is something you can enjoy immensely right now while the technology and community evolves.  Hanging out with your friends in VR will be another awesome thing you can do together.  At least in this area of your life, you can look forward to rapid advancements.

That's something virtual desktop/steam VR could use, A customizable house that you can build to your liking, control your avatar(from bed) around the space and so it feels like a virtual home or even a workshop where each area serves a purpose, you can walk from a 3d modeling bench straight to your programming bench all seamlessly.  You body may get tired easily, but that won’t prevent you anymore from the ability to make your mind tired.

The Metaverse will let you experience world wonders but also new staggering wonders of the virtual world.  I look forward to the day we head down to the local metaverse cafe(it’s all local) and meet up for a fake coffee one day. 🙂

@shadowfrogger   I love that idea. I think it is what Second Life tried to achieve .... but now we have the technology to truly realise that ideas potential.