Invited 6 friends over to try out the CV1...

All six of them had tried out the Gear VR before, four of them wore glasses :
- None of them wanted to even try wearing their glasses in the CV1 (only one out of four had small enough glasses anyway).
- The two who didn't wear glasses were able to confirm that the display felt noticeably superior (despite the Gear VR boasting a higher resolution).
- The two who were given a chance to walk in first person at the end of their session got motion sickness within minutes (despite using my sea-bands, and being warned not to use the right thumbstick for rotating the view which they did anyway).
- Only one of them was aware of hand controllers and asked about it (I explained the multiple reasons for their delay).
- Five out of six ended up on their smartphone instead of watching on the huge TV what the sixth one with the CV1 was doing : My friends are all smartphone addicts ^^°°°
- At the end all six wondered why a high end VR headset didn't include the focus
dial of a cheap Gear VR (no idea because I don't remember Oculus VR ever officially
explaining it, just random guys providing their own speculation about it. My own random speculation is that after working on the CV1 for years, Oculus VR employees all went lenses/lasik and lost touch with the real world users who didn't, don't want to and won't).
- Also I ran into multiple Xbox disconnect issues from running the CV1 further
away from the PC then I usually do : Now I know why there's an extension cable included
for the gamepad dongle.

Conclusion :
- Don't use ANY motion sickness inducing software on a first day, no matter how good it is : My biggest and most obvious mistake, after forgetting how bad it was on my own first day.
- Watching someone use VR even on a huge TV screen ends up boring (despite providing each user a different set of VR experiences), and Oculus VR is missing out the ability for a bunch of VR users to interact with the single CV1 user, which might become a big selling point for the Playstation VR instead : Not a big issue (invite less people at a time), but Oculus VR could have encouraged that kind of hybrid interaction by including a handful of their (super cheap ?) remotes instead of the single one.
- Glass wearers spoiled by the Gear VR won't even try fitting their glasses in a VR Headset (and even less go buy themselves a pair of VR glasses small enough to fit) : They want a focus dial.

I did have Hydra Controllers stored away, but was saving them for the next time : Not just the cable issue, but I guessed after introducing the first one to 6D input they would have all lost interest in anything else I could show them this first time, as surely as with the Gear VR they had already lost any interest in using anything less then a focus dial.

I mentioned glasses a lot, but that's because a majority of four out of six of them lost out on their CV1 experience for being glass wearers, which left even the two non glass wearers puzzled about how Samsung managed to pull it off right last year with a 99$ product. With the lack of focus dial being the main issue none of them otherwise complained about the cable, god rays, tracking, latency, headset comfort or any other issue getting in their way.

I too need to wear glasses for reading and was worried about having to use them with the Rift but have been pleasantly surprised to find I get a perfectly focused image without them. As for motion sickness, it was a big deal at first and just turning left or right in a game while moving would have me needing to remove the headset. And barrel rolling in Eve Valkyrie! Forget it!

Just spent a while turning left and right in Eve and barrel rolling galore. No motion sickness. I'm finally able to play the game in non-scout mode (: So for new Rifter's experiencing VR sickness you definitely develop a tolerance to it with use.

Even gotton over my vertigo in the city scape Dreamdeck demo but, to be honest, I'm actually a little disappointed about that. Everyone I've demoed the Rift to agrees that, while the T-Rex demo is great, the city scape scene gives you a real taste of what VR can do.

If they like city scape, get them to try vTalk there is a sit on the edge of a cliff scene. Its pretty good, especially if they sit on a table or bench and dangle their legs.

I agree, a few weeks use and vr legs and stomach gets buil.

Dreads halls to Ethan carter. Then you are solid!!

When I first tried out the Rift I had a lesser GPU (HD 7850) and no sea-bands, so I thought a GPU upgrade and using sea-bands would ease the initial motion sickness I first experienced for other users...

As you get used to it there might not even be a need for software teleportation tricks, hardware treadmills or hybrid room scale for VR in the long run. But since there's an adaption time it's good to have them for new users. Ideally a first view application should offer the choice between a locked "safe mode" (because first time users tend to ignore the advice they're given so you need to technically lock out the unsafe movements from them instead) and a less frustrating unlocked "free mode" (as motion sickness fades away and the frustration over wanting more freedom of movement becomes the bigger issue).

I might change my opinion on not wanting to bother myself with room scale after using Touch controllers. But if I can use those Touch controllers without being limited to room scale and teleportation tricks and without requiring a treadmill as I rid myself of motion sickness itself instead, then why would I settle on anything less 🙂

PS : This suggests that sticking to room scale VR is in fact counter productive to training yourself the hard way to get rid of your VR motion sickness to unlock unlimited scale VR.

"despite using my sea-bands" Sea-bands do absolutely nothing. They're a sham.

I asked 1.5yr before CV1 was released about proper solution for glasses users. I was ignored. My guess would be we wouldn't like the answer. My guess would be it was completely doable but someone decided people won't complain loud enough so why cutting the profits by adding it. I might be wrong, but... Oculus never clearly stated it's not possible because of the use of shape or Fresnels. And even if it was impossible to add a slider to adjust, they could just add a set of interchangeable lenses so user can put what he needs.
I consider this one of the biggest flaws of CV1.

But why bother. Let's add Xone controller instead, cause that's cheaper and more useful.

Not an Oculus hater, but not a fan anymore. Still lots of respect for the team-Carmack, Abrash. Oculus is driven by big corporation principles now. That brings painful effects already, more to come in the future. This is not the Oculus I once cheered for.
0 Kudos
Share
Reply

I was expecting at least a Placebo effect, which I certainly benefited from myself. But for that effect to work it was probably more important for me to spend more time explaining what those sea-bands were meant to do for them, then simply having them put them on.

Also I believe sea-bands do have a noticeable effect (as in managing to last 2 minutes instead of 20 seconds for first time users, despite using thumbstick rotations), but also that VR motion sickness is the result of a combination of multiple causes, and sea-bands only has an effect on some of those causes (such as reducing the amount of blood pressure increase when placed right) while having absolutely zero effect on some other causes (such as having no effect on the internal ear and sensory nerves).

In the long run I now manage fine without them, so they can be entirely skipped. But even in the worst case scenario I do feel they did help me get rid of my initial VR motion sickness faster (instantly able to last a handful of minutes instead of only a handful of seconds), whether they had an actual effect or not.

I would certainly recommend trying them out (make sure you pick adult sized ones): They did something for me, and the worst that could happen is that they do absolutely nothing for you, as they they end up doing either way after you manage to get over your initial VR motion sickness anyway 🙂

Cyril said:
- Five out of six ended up on their smartphone instead of watching on the huge TV what the sixth one with the CV1 was doing : My friends are all smartphone addicts ^^°°°

I actually had mostly positive reactions from when I first had the DK1 to now owning the GearVR and CV1. The ages ranged from people in their 20-30s and 50+ with one being 70 years old. With the DK1 and GearVR I always started people off on a roller coaster. With the CV1 I put them through the Introduction to VR and the Dreamdeck first. Their responses to that and their background, whether a gamer or non-gamer, helped me determine what I'd have them experience next. EVE was usually reserved for FPS gamers because they're least likely to get motion sickness. Only those that weren't too big on heights and did a lot of barrel rolls at top speed like myself felt a little motion sickness. I'm over it now.

Surprisingly the people that wore glasses didn't have a problem taking them off to use the CV1 in my experience but I noticed it all comes down to your sight. I wear glasses and contacts because I can't see far away. With the GearVR I can see clearer without corrective lenses. I thought it would be the same with the CV1 but it's not. I definitely need to wear contacts to see clearly.
0 Kudos
Share
Reply 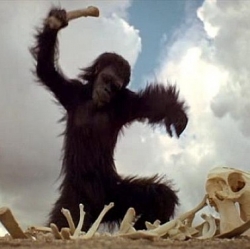 I have found that you can focus lighter prescriptions, at least, by shifting the CV1 up and down on your face.  May not work for those with heavy prescriptions...
0 Kudos
Share
Reply