The present of VR would be one VR headset per PC, and the future would be a self contained VR headset.

But in the meantime, putting the software driver development requirement aside, what are the hardware possibilities of running more then one VR headset on a single PC ?

- Either by allowing the PC driver to control multiple VR headsets, if only for displaying multiple views of a single shared application (through one headset per GPU, or maybe even through a single GPU and some external frame splitting hardware).

- Either by allowing multiple VR headsets to share the same single display, by tying the single view and head tracking to a single VR headset, or even by disabling the head tracking altogether (turning all VR headset views into a common fixed virtual 3D scene shared by all users).

What got me thinking about this was that I was able to run GZ3Doom in high resolution at around 1000 FPS, suggesting there was room for more then one VR headset on a PC (even on a moderately priced single GPU dual core CPU).

An application for this would be sharing Oculus Rift multi user experiences (such as the Couch Knight Demo) on a single customized (offline) Steam box, without requiring more then one local Steam box, or having to suffer from the lag of an internet connection to a distant online Steam box.
0 Kudos
Share
Reply
23 REPLIES 23 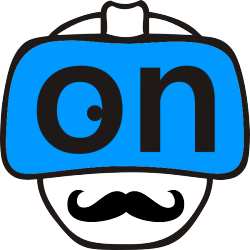 cybereality said:
Check the Unity asset store. You may find a simple networking package you can use (easier than coding yourself, but still needs a programmer to connect everything together). Hope that helps.

Will forward that to programers. Thanks 🙂
0 Kudos
Share
Reply

Can't think of a solution for the rift or Vive, but already used the VRSync solution for the Gearvr. Shows synchronized video playback to unlimited devices en can be pauzed or stopped from a master PC. Great to show VR for big groups or event.
0 Kudos
Share
Reply

Hi. Also wondering how to run multi-user demos of a VR experience I've made (so far no interactivity although I may add some glove-type input for navigation at some stage - or even a full body wearable tech wetsuit one day -  it's a water-based project lol). I want to use a laptop at first to run 2 users, but ultimately I'm hoping to scale to 10-50 users (with networked chat although this can be separate).  Will I still need to install separate processors in a fake floor in a gallery to run this many headsets?
0 Kudos
Share
Reply