I saw the announcement where Valve is going to show their VR HMD in January. See this link:

We also know from that article as well as others that Oculus VR has been working closely with Valve.

We also know that Valve is entering the hardware space with their Steam Machine.

We also know that Oculus VR is a startup that requires funding--and a lot more than 16 million dollars to launch a hardware product into the consumer space. Well some of us know this anyway.. 🙂

What I am thinking is that what will be announced in January by Valve is either the acquisition of Oculus VR or a significant investment into Oculus VR that allows a Valve branded Oculus HMD to be released. My bet it is an acquisition.

It just doesn't make sense for Valve and Oculus to be working together on what would end up being a competing products. It also shows us where the funding is going to come from to get a HMD into the consumer space. Tell me if you were the Valve CEO would you build it or buy it? What would be the best for Oculus VR? 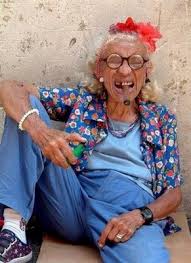 No crazier than this lady.

A competition between two of anything induces a polarity, and can be greatly beneficial to both parties. For example, AMD and Intel both lead the microprocessor world and both work together and include one another's chips in their boards, and having two primary leaders induces a polarity on the market, which gives loyal customers for both AMD and Intel (e.g "Fanboys"), allowing them to grow more. So I can totally see Valve and Oculus both partnering together and working on two separate HMD's, because it would induce a market polarity and grant both Oculus and Valve loyal HMD customers.

However, it's also entirely possible that they're working together to make one HMD to rule them all. Dunno.
0 Kudos
Share
Reply

Yes, crazy! :lol:
“My ally is the Force. Life creates it, makes it grow. It’s energy surrounds us and binds us. Luminous beings are we…not this crude matter. You must feel the Force around you. Here, between you, me, the tree, the rock…everywhere!"
0 Kudos
Share
Reply

Of course! They're working together- it all makes sense now!

CAN YOU FOOLS NOT SEE IT?

oculus
ˈɒkjʊləs/Submit
noun ARCHITECTURE
1.
a round or eye-like opening or design, in particular:.

No crazier than this lady.

Anyway, Valve may have a few nice tricks up their sleeve...and I'm not sure if they'd share this with Oculus.
I hope they do.

SteamOS will have Miracast, which would allow you to stream audio/video from a high end pc to a TV.
nVidia are doing the same with their shield devices and GameStream.

All in a LOCAL area network of course.

...But think of the possibilities of a wireless HMD, using all the power your PC, yet getting video to your HMD wirelessly.

If Valve and Oculus are working together to drive the market, this would only benefit everybody. I just hope that they BOTH (one day) have a viable wireless solution.
0 Kudos
Share
Reply 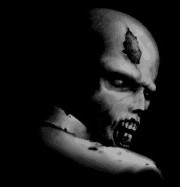 From a development standpoint I just hope these different HMDs coming out don't all require drastically different programming techniques. When I make a game in Unity right now I know it will work fine on Nvidia, ATI, INTEL, etc gfx cards and chipsets without doing anything special. However, if every HMD coming out has a completely different SDK and unique programming requirements then things could get tricky fast unless someone comes up with a universal SDK wrapper that works with all of them.
Fire and brimstone coming down from the sky! Rivers and seas boiling! Forty years of darkness! Earthquakes, volcanoes! The dead rising from the grave! Facebook buying the Oculus Rift! Human sacrifice! Dogs and cats, living together! Mass hysteria!
0 Kudos
Share
Reply

While the timing is interesting... all indications point to Valve and Oculus making their own VR HMDs.

It certainly does seem odd to work so closely with a company that will be producing a competing product, even considering often tossed around phases such as "competition breads quality".

But if you think about it, VR tech is so early in its life that it's not insane for 2 companys to have very different ideas on how to accomplish the goal of VR HMDs. Just look at CastAR, and assume the VR clip-on was real at this time. That's a very different display type then the Rift, complete with its pro's and cons compared to it.

Positional tracking is another thing. For all we know, valve may think a sixsense way of going about it is best while all current indications from Oculus are that they will be doing optical.

Maybe Valve wants to do a dual screen setup instead of a split screen like InfinitEye. Or possibly valve wants to pursue a HMD in a higher price tier with better hardware that costs to far outside of Oculus's pricing goals right now.

I could probably go on with a few other examples, but I hope my point has bee understood well enough.

Sure it's not an insane idea for the two companies to be independently working on their own thing, but it's a stretch to say that "all indications" are that that's happening - there are no indications at all pointing at that being the case.

I will say this, though - $16 million is plenty to launch a hardware product into consumer space, so if Oculus has $16 million to work with they don't *need* any additional financial help. For example, at most it costs $150,000 to get a production line setup in China for a specialized product, that's the only cost outside the actual per-unit manufacturing, materials and shipping costs which gets built into the unit price.

They would only need a lot of money if they were going to go all out and launch a mainstream advertising campaign including tv commercials and stuff, and launch with like a million units around the holidays. But they definitely don't need to start out that big, not when you figure they've already been able to sell 90,000 early prototypish dev kits with little more than a Kickstarter campaign and some interviews and presentations for their marketing,
0 Kudos
Share
Reply