Oh my God it's worth the wait.

Well in my opinion anyway.
My first step into VR, Was super excited, then a bit apprehensive with comments about resolution and lens flair, glasses etc.

Anyway set up a CV1 that came today... Already had the software installed. So basically plugged my camera in and used a camera mount to place it above my monitor. Then plugged the head set in via USB and HDMi. an that was it done. Found, done, set no calibration needed.

Go to Oculus home screen. Looks great, yep there is a little screen door(pixilation) but bloody hell for first generation I was really impressed, Same goes for the FOV, Don't know what it is and quite frankly don't care It's plenty wide enough for me. Same goes for resolution, yep it looks low after looking at my monitor. But on the other hand it's end less. swish my head from side to side showing a complete room.

Fire up lucky's tail, awww so cute, moving head in and out watching him wave to me when I get close. Start to move, whowwww motion sickness exists. Well that weird feeling of moving when your body isn't. Took me a little by surprise. Got used to it fairly quick, but yeah weird feeling.

Tried to get steam version of Project cars to work.... FAIL. going to have to read up on this I guess.

Tried dream deck. cool little demos, one with the two robots was my favourite, stood up looking around.


Quick go on elite and dangerous. First time to really see how far I can push the settings. Turns out I can put it on ultra and it sticks to 90FPS. That might have to be tweaked a little if things get busy in the heat of battle.

Full black screens do have a bit of red pixilation to them,

cables could probably do with being longer, Fine for seated/standing, but would make for very limited room scale, although extension cables can be used I believe.

There is lens flair with black on white, Does it bother me? hmm not really, maybe because I'm used to experiencing lens flairs etc. with wearing glasses?

Resolution could be higher, but that comes at a performance hit on current hardware, It's more than good enough for first generation VR.

Holy crap it's VR like I've dreamt of for years.
tracking is great.
set up easier than I could have ever of expected.
it's ridiculously light.
head phones are really nice quality. I was using BOSE quite comfort 15s before, Don't really feel the need to switch back. Base may be a little low for some but I'm not really a base freak.
Screen is bright and clear.

wearing glasses...
While not ideal, it certainly isn't a deal breaker. Head set is definitely a lot comfier with out them, but liveable with them.  Had no problem putting the head set on and off. if you follow the simple instruction posted several times on this forum. Place the front onto the bridge of your nose and slide the head strap over your head. Taking them off I've found placing your figure into the triangle and the back of the head set and slide it off your head works just fine. Had no issues at all getting the head set on or off.

Over all, more than happy with my purchase, and can only say hold on it's worth the wait. I was down as an April delivery, Got an E-mail on the 12 say it would be mid May, but they arrived today 15th April. So you could argue that they are on time. Sent Via UPS in the U.K. had them redirected to a pick up point via their phone app as I only returned off holiday today.

Hope all the above makes a bit of sense, and maybe puts a few minds at rest.

Any questions please ask, I'll do my best to answer them. Although I am a VR newbie.

Thanks for your review, Being a mid may delivery in the UK I get excited every time my phone says I have an email, just not had the lucky email yet.

Glad your enjoying it.

Got mine today after a may estimate. Was feeling pretty nervous after all the negative posts but should not of worried. Had a great day today, FOV which I was concerned about is about the same as the Dk2. Lenses are good and yes it has some lens flare but its not that noticeable most of the time and did not bother me at all during playing games. Great product.
3 Kudos
Share
Reply

@Lemming1970 Thank you for an honest first impression ... I like reading these.

Got mine too today and the resolution is now good enough to read the stuff in Elite Dangerous whiteout the need the take a close look at it. (It was terrible in DK2)
Sadly can't get it higher then medium with my OC GTX970. With high the fps in stations drops to 60-70.

With glasses it's not as comfortable as i was hoping it will be.
I still have to find the best fit to my face to make it comfortable for longer play sessions too.
Tracking is excellent.
You can watch movies now but the resolution should be a little higher.
0 Kudos
Share
Reply

@Stelzer  I have a 970 at the moment too ... how many titles have you found ... that need that extra bit of horsepower? Im waiting for the next gen Nvidia Cards this year (and my Oculus isnt going to be here before August apparently so no biggie)

this is very disheartening. 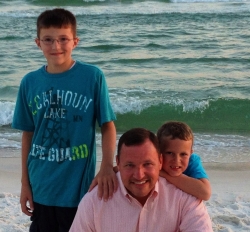 LZoltowski said:
@Stelzer  I have a 970 at the moment too ... how many titles have you found ... that need that extra bit of horsepower? Im waiting for the next gen Nvidia Cards this year (and my Oculus isnt going to be here before August apparently so no biggie)

I'm in the same boat.  970 here and anxious to hear how it's going to hold up.
0 Kudos
Share
Reply

4k content looks epic, yall are in for a treat, its growing on me fast, do yourselves a favor get vorpx, i've been playing skyrim in vr, its sick, and fear 2 in vr, really scary at times, outlast etc just too much epicness with vorpx
1 Kudo
Share
Reply