O.k. so we all heard the news that Palmer let slip that the rift is going to be more than the expected $350.

But I have extrapolated the actual pricing.

A few months ago back in May, Brendan Iribe was interviewed and the subject of pricing came up... something that has been a key issue over the last couple of years...

Given that Oculus themselves have stated on a number of occasions that the rift would sell at as close to cost price as possible.... which has been community accepted to mean around $350 given the price of the previous development kits.

What Brendan said to everyone's surprise was: -

There was much confusion over why one should position the cost of something as high as possible given that it's obvious to most that the rift requires a PC to function.... that it is in effect a PC peripheral.

Much debate ensued and it was gradually accepted that they were attempting to tempt those people who hadn't a clue about PC gaming... which at that time didn't make much sense... and to be honest still doesn't... to me at least.

Then at the Oculus Connect 2 event Brendan announces...

Hardware partners Asus, Dell, and Alienware will all ship Oculus Rift-ready desktop PCs next year for under $1,000, in time for the Oculus Rift launch in Q1 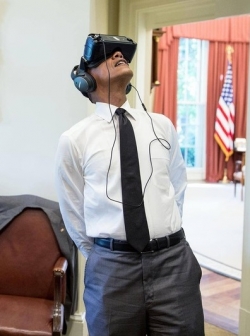 I think back in May they were thinking an Oculus ready PC would be around $1,100. Palmer said it would be more than $349, but in that ballpark.
I am thinking $399
0 Kudos
Share
Reply

"benplace" wrote:
I think back in May they were thinking an Oculus ready PC would be around $1,100. Palmer said it would be more than $349, but in that ballpark.
I am thinking $399

The house get's 10% of the winnings :twisted:

Definitely $400 in my opinion.

I'd be shocked if it goes for less. But happy


Remember how much you all laughed (or worse) when i told you you would be getting an Xbox One controller? 😉
0 Kudos
Share
Reply

500$ is too high specially cause it doesn't have the Touch included, no more than 400$ imo.

Also I'm assuming you can get away with less then a i5 4590, but will want to have the best GPU you can afford. But that's just a personal assumption.
0 Kudos
Share
Reply 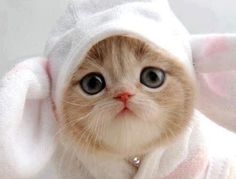 The $1k oculus ready PCs don't include a monitor and other essentials, do they, or are they so ready every is accomplished through the Rift? If not you might want to take those into account.
0 Kudos
Share
Reply

Palmer weighed in a little bit on Reddit about this:

"In the interest of stamping out confusion: https://www.oculus.com/en-us/oculus-ready-pcs/
Starts at $949 next year. Prices could still come down a bit, and you can already build your own PC for quite a bit less than that, but don't expect to buy a prebuilt PC for $700!"
Not a Rift fanboi. Not a Vive fanboi. I'm a VR fanboi. Get it straight.
0 Kudos
Share
Reply