I just would like to express my severe disappointment at the now confirmed features of the Oculus Rift S.

#1 - Lack of outside-in tracking (was hoping for something of the level of tracking that the vive has without having to plug 3 usb sensors in and all the hell that comes with that because of crappy motherboards/cords etc.)

#2 - Lack of a physical IPD adjustment

My IPD has to be bang on or I end up getting headaches after playing longer then 2 hours.  If it is even 1 mm off, the headaches happen, if it is set just right, I can play for 8 hour plus with no side effects.  I cannot play test a rift S to find out if it will give me headaches for more then 2 hours.

If you want the default refresh rate to be 80 Hz fine, but give me the option to allow it to be 90 Hz.  When the fps gets lower than 90 fps I notice it and it does not feel good for me.

#4 - Lack of quality headphone included with the headset

I love the sound on my rift CV1 and I will not accept anything less and I don't want to have another wire that my hand can bump into when I am playing highly competitive games since I would have to plug in my own headphones.

The small jump in resolution doesn't outweigh all the negatives I have mentioned above and a slight increase in the FOV would have been nice!

I think Oculus has failed in that they should have been developing the Rift S and another new Rift headset that is geared towards those enthusiasts who are willing to pay a bit more for a QUALITY headset.  You have made an AFFORDABLE headset that will get a lot of new people into VR but you have neglected the wants of a LARGE CORE (enthusiasts) of your fans!

Your future headsets has to have a outside in tracking option and an physical adjustable IPD or I will never buy another oculus headset.  At this point I don't want to wait another 2 years for a new proper headset that meets these requirements and my money will likely go to another company that pulls this off in the mean time.  I wish I bought all of my games on the steam store now.  Wouldn't have imagined Oculus's next headset would be so contrary to what I want.

I love my Rift and I really wanted to get an upgrade...

Unfortunately I will be sitting out of this product cycle and start looking at the others SO+, Vive Pro or even the HP..

If they’re listening..  it’s not too late..  a proper screen/resolution upgrade, fix the IPD issue and possible FOV increases can really turn this around..If it costs more, so be it.  That’s why we use PC for VR.

the hands on reviews will have to be amazing for me to reconsider...

Well the rumors about this product prepared me for a disappointment. I kinda understood Oculus Go and Quest since they are cheaper and can be used with out a pc but Rift S specs are not good. It should be superior in every way than the 3 year old rift but now it only has slightly higher resolution, worse tracking and lower refresh rate.

Rift user since dk2, unless I hear something about Rift 2 soon (with actually worth while specs), I have to start seriously looking for alternatives.

2019 Rift 2 Christmas? Just tell me if there is no Rift 2 coming in the near future so I can start looking elsewhere for a company that sells to the hardcore pc audience.

Rumors were this wasn't an upgrade (this is not Rift 2), but a replacement/side grade for the existing Rift manufacturing (Hence, Rift-S). Some of the reviews now coming out confirm this via Oculus themselves; that Rift-S is side grade and not a true successor to Rift (not Rift 2).
So if you didn't already own a PCVR headset, then Rift-S would be an option for you.
IMO, they're probably including Insight now in Rift-S, as the next Rift (Rift 2.0) will probably include Insight.  So mind as well get it out now so you can improve it before Rift 2 launches.
i7-7700k, Zotac RTX 3080 AMP Holo (10G), Oculus Quest 2
Previous: Oculus GO, Oculus RIFT - 3 sensor Room-scale, Oculus Rift S
1 Kudo
Share
Reply

IF S could be used with external cameras and the og Rifts controllers, i would consider ordering the S-HMD only. But as a whole system replacing the old Rift? Not a chance! 20% better resolution (even wit better fressnels) is not enough to replace older Rift especially when it's said that the IPD area is narrower. Which most propably in my case means that i wouldn't get IPD right.

I'll copy my post from the Oculus at GDC thread...
Well add me to the disappointed list concerning the Rift S! I kind of expected to be disappointed based on the rumors of it having inside-out tracking and not being the full Rift 2, but...
A single panel?!
No physical/real IPD adjustment (due to the single panel)?!
A very marginal increase in resolution?!
No sensor/camera capable of tracking behind the head/back for experiences such as Lone Echo and so many others?!
Replacing the great onboard headphones with in-strap pipe audio?!
Honestly, there are just too many questionable decisions that were made with this product.

WHY did Oculus work with Lenovo (a company that has only ever released one of the least impressive WMR HMDs) instead of simply releasing the equivalent of their Quest HMD without the onboard SOC?!!! THAT would have HAD to have allowed for a price point below the $400 Quest, right? I mean, the same thing WITHOUT the SOC...?!
If they were concerned it needed another sensor/camera, then what would have been wrong with keeping it the same as the Quest, without the SOC, and adding an additional camera/sensor for a marginal increase in price?

Oculus, if you believe inside-out tracking is the future, then accept that it must truly match the performance of outside-in before releasing your next HMD. The lack of behind the head/back tracking will not be acceptable moving forward.
I never expected to say this, but if I was going to purchase a new HMD this year, then it might be the one from ...HP!?!?
I'm sorry, but the fact that HP's looks more appealing to me than what Oculus just announced actually blows my mind. Granted, the two-camera/sensor tracking would definitely be worse.

Rift 2 needs these things:
-MUCH higher resolution - matching or hopefully beating the newly-announced panels in the HP Reverb.
-Eye-tracked foveated rendering to enable decent performance with the MUCH higher resolution panels. (I honestly couldn't care less about people knowing where my eyes are looking, but devs could use it for that too)
-Either a) Continued use of outside-in tracking OR b) inside-out tracking with no compromises that leave behind the back/head out of bounds.
-Keeping onboard, high-quality headphones (NOT the inferior in-strap approach).
-Increased FOV of at least 130 degrees, but preferably larger.
-Throw in varifocal lenses if you want, but that isn't necessary if you're too hung up on product cost for mass adoption.

I don't have a VR ready PC but I was thinking of buying something like the Rift S in the future. Until I heard it uses LCD like the Go instead of OLED.....
0 Kudos
Share
Reply 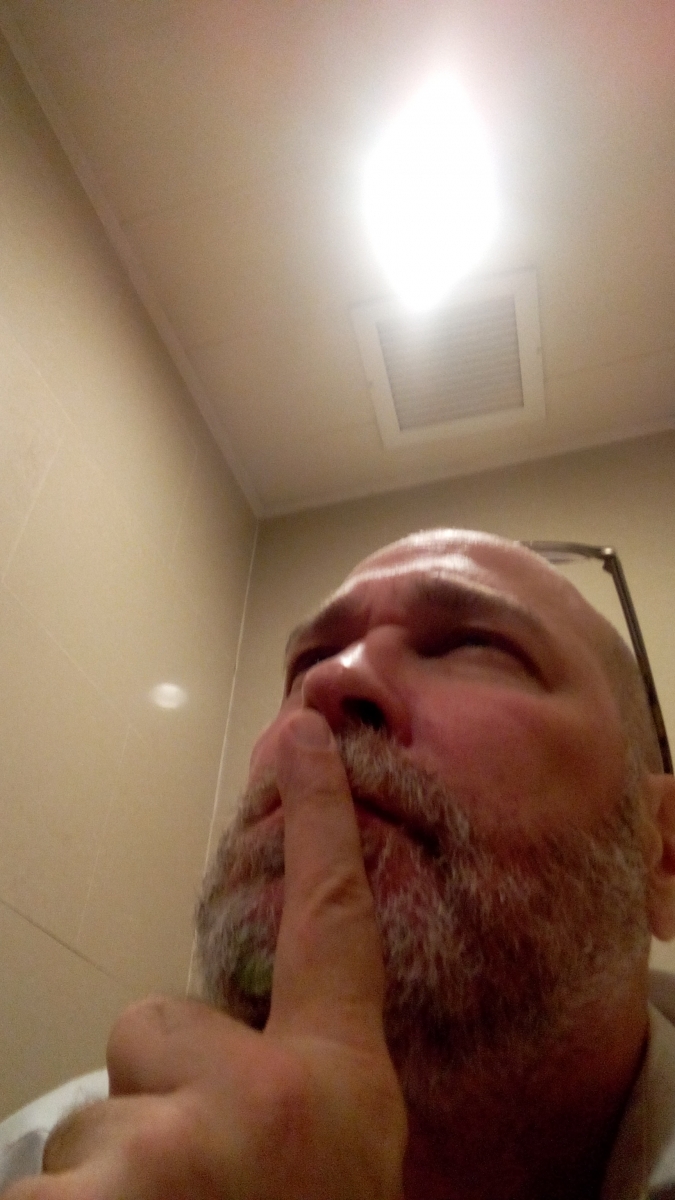 I'm not going to jump on this Bitch-Band Wagon just yet.  However I will say I'm a bit concerned about the tracking.  What I think is a bit near sighted is not allowing the sensors to work with the S.  I'm hoping this is just temporary, and eventually Oculus will allow an optional senor plug-in, like the 3rd Sensor option Rift eventually allowed. 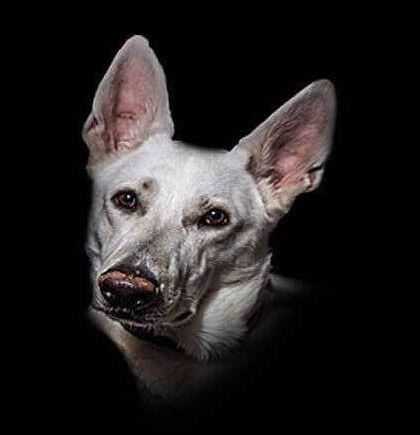 Disappointed. As I’ve said in other threads. My IPD is wider than CV1 can go, so this probably wouldn’t work for me anyway. Really don’t like this product, and don’t like the idea of Quest. Debating getting Vive Pro Eye upon release.
0 Kudos
Share
Reply

As a rift owner and a backer of the Pimax 5K+ that was beat up badly, and ganged up on this forum and belittled by Zenbain then told that waiting for the new rift was the only true path, I would just like to say 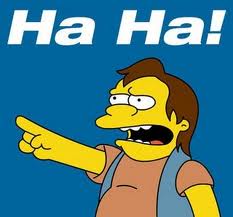