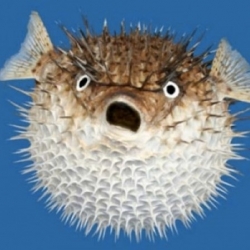 I've seen several other posts regarding a 2 sensor roomscale setup, so I thought I'd throw my experience into the mix for what it's worth.  Maybe it'll help others sort out any issues they're having.

Me being the cheap bastard I am, I am only using 2 sensors to do roomscale, and so I wanted to find the optimal configuration that would allow me to have full tracking in an area that's about 10 ft. x 10 ft. square once you account for the space used by my desk and bookshelves.

So as part of the setup I needed badly to get the HMD cables away from the floor so I would stop getting caught up on them and nearly yanking the HMD off my head or falling on my face lol.  In order to do that the cables need to be extended away from the desktop, and elevated off of the floor - preferably in an adjustable way for others who use the Rift who are shorter or taller.

I came up with a really cheap solution to the problem using the following supplies:

NOTE: I tried passive cables that were shorter, and they fail to detect USB 3.0 sensors, dropping speeds to USB 2.0 and resulting in an unacceptable performance.... you need active cables to go this distance from the computer.

15ft. HDMI 2.0 extension cable - $10.99
I got this cable because it can handle up to 4K signals and is BRAIDED which is important for this type of use because it keeps the cable from snagging on the carabiner.

1 medium carabiner - I had one lying around that was perfect, but you can get them anywhere if you don't have one handy.
It just needs to be large enough that it can fit around the base of the CCTV mount at the small end (see pics).

So my desktop is situated kind of in the middle of one wall, which makes this work well for me.  If the system was not in a central location the cabling might be harder to work out because of distance, and you may need a powered active usb extension cable.  As it sits for me, I need no extra power for the USB cables.

Mounts: The CCTV mounts are located diagonally across the room from each other, but aren't pointed directly toward each other.  The front camera points a bit to the right if you're facing it, and the rear camera does the same.  This allows an optimal overlap for my room size so that I get coverage in the corners which was initially an issue when the cameras faced directly head on.  They also point down at about a 15-20 degree angle so the coverage reaches the floor in most places.  There is a slight dead zone right next to the floor in the front and back along the walls but that's acceptable I think.

As you can see, I used the carabiner on the CCTV mount and then threaded the USB and HDMI cables for the Rift behind the bookshelf and through the loop, then connect the HMD.  This allows me to slide the cable up or down as needed to keep it off the ground and out of my way when I'm in virtual space.

The mounts are super easy to install, they didn't need any special drywall mounts at all, just a screwdriver.  Because the cable is braided, it slides through the carabiner easily.  The cables are twist tied on either side of the connection point to keep them from pulling loose on accident which works great, though I guess zip ties would be better.

The room's a bit messy from studying for an exam, so sorry about that lol.

Hopefully this is somewhat helpful to those who are on a budget like me, but want to get the most out of a roomscale setup with the Rift.

If you have any questions, feel free to shoot me a message.

ooh, I have a question:

In the second photo... the one with the bookcase - I see on top of that there are what look like some sort of tribal ornamental things?

Although I have never seen one, I have heard of pygmies and understand their average height is unusually short.

Is that one of their drums up there too ?

"You can't believe everything you read on the Internet " :- Abraham Lincoln
0 Kudos
Share
Reply

ooh, I have a question:

In the second photo... the one with the bookcase - I see on top of that there are what look like some sort of tribal ornamental things?

Although I have never seen one, I have heard of pygmies and understand their average height is unusually short.

Is that one of their drums up there too ?

That's a Bodhran - an Irish drum.  It's a tiny one, souvenir size, that I got as a gift.  I've also clearly got a thing for weird mask art lol.
0 Kudos
Share
Reply

I have to say I think 2 sensors for 360° is pants. I have a 10ft by 8ft room and with the latest patch it just caused my hands to jump all over the place. For me 2 sensors in 360° wasn't playable. I had to return to a 2 front facing setup and my hands are much smoother now.
0 Kudos
Share
Reply

I picked up 3 of these and they work great

warning, if you need to loosen the lower portion don't unscrew it all the way, because the part will fall off and the bolt that goes on is secured in a fashion that would require you to re-fasten the bolt into a tiny little plastic square which is impossible without pliers, and even more impossible if you already mounted it higher than you can reach 😕

fortunately the positioning is somewhat locked with gear-like mechanism, so I could just leave it without the bolt and it would stay in place

So how did this work out in practice? Extending the headset seems essential for ceiling use -- but are two sensors enough if you're careful about positioning? The prices add up quickly to a third sensor (as it includes an active extension cable too).

We're there any latency issues with the extension of the HMD? Any reason to not do exactly as you did?
0 Kudos
Share
Reply

2 are enough for my use - I'm sure accuracy would be slightly improved with 3, but I don't think it's necessary unless you have a larger than 10' square area to play in.  No latency with extension of HDMI with the cable I linked above.  It's rated for 4k, hdmi 2.0 which handles this bandwidth just fine.  The only stutters I ever notice in graphics are due to hard drive thrashing, but that's pretty rare.  I can't think of anything you might run into that would cause a problem with this setup.  I'm running a GTX 980ti and everything runs smoothly at 90 fps even on high settings for most games.  I don't notice any flickering or other issues with the extended hdmi/usb cables for the HMD at all.

One thing I do notice, and this has more to do with the furniture layout in my room than anything else, is that when playing something like The Climb where your hands move around a lot - sometimes the touch controllers do lose positioning momentarily, but that's probably something that could be resolved by adjusting the camera angles without adding a third camera.  I've worked out a lot of that issue just be angling the cameras in opposite directions instead of looking straight at each other.
0 Kudos
Share
Reply

lovethis said:
I have to say I think 2 sensors for 360° is pants. I have a 10ft by 8ft room and with the latest patch it just caused my hands to jump all over the place. For me 2 sensors in 360° wasn't playable. I had to return to a 2 front facing setup and my hands are much smoother now.

I think that has to do with the latest update, not the setup. I noticed since installing 1.11 that my usb sensor tracking is crapola. It's dropped way below what it was before I installed the update, which tells me it's a software issue.
0 Kudos
Share
Reply