SCAM ALERT no.2 - Be wary of fraud Oculus sites

I saw a report about a fraudulent Oculus site that is made to look like the legit site. The URL is spelled slightly differently:
I'm not going to link directly to it here, but I will provide a screenshot:

Note the web URL. I'm sure they will be taken down soon (that is one of my hopes in reporting this). But others will likely pop up soon after. So always be sure to double-check your browser URL before entering any Login or Financial information. Avoid going to websites from links provided by other sources. Instead, type the URL yourself in your own web browser:
oculus.com
Happy hunting!
3 Kudos
Share
Reply
12 REPLIES 12

Dear Oculuwcs.com, after spending 400 quid buying a Rift S from your site two months ago and not receiving my headset I can only think that I've been conned. You sneaky bastards. Fuck you, I'm buying a Vive from HTwcsC.com.  😛 😄 😄 😄
"This you have to understand. There's only one way to hurt a man who's lost everything. Give him back something broken."

Yep, they're running a story on the BBC News tech page about scam gadget sites and Oculus Quest seems to be the big draw. New sites appearing as quickly as they're taken down.

It's tempting to skim over the finer details when you're desperate for something but try and stick to known venders and check very carefully the URL of any site before passing over your details. 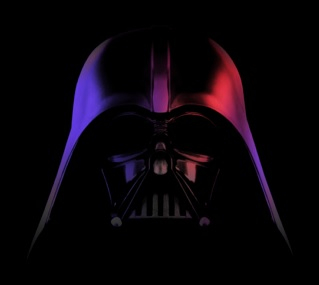 Unfortunately this happens with anything that is popular. My grandparents feel for a site like this for the new Roku they purchased because I recommended they get rid of cable.

The day they bought the Roku and started using it I get a call from my grandfather complaining that I didn't tell him about the $200 cost for the "Roku Service". Anybody that knows anything about Roku knows there is no fee to use your Roku outside of the price for the hardware and your internet access. Confused I asked him to send me all the emails he received from the company he paid the $200 to and the phone number that he called or that called him.

Turns out he typed into Google "Roku" instead of going to the URL that was plastered all over the manual when you open the packaging. So the first thing my grandfather saw was an ad for a site that looked just like the real Roku site. He entered his phone number and email to "register" his device and minutes later he got a call from "Roku" saying he had to pay for the service. He was moving to a new house that day so he didn't put much thought into the call outside of thinking "I bought a Roku and set it up today so this makes sense".

I tried calling the number that called my grandfather around 1:00pm EST on a Wednesday and I couldn't get a hold of anybody. I have setup a number of phone systems for companies in the past ranging from a 10 person company to 100s of people. Because of that I have a good understanding of what default phone system setups sound like. Whoever set this up didn't spend much time to make it work. They spent just enough time to setup the main greeting and that's it. With all of the emails and phone numbers from my grandfather it didn't take me very long to figure out what was going on.

I got my grandfather to do a charge back on his credit card. I also told him to watch out because he was now on a list of whales and he WILL be getting more calls from people trying to get money out of him. Most people with this scam lost out around $50 max. Since my grandfather gave them $200 that means to the scammers that he is a great target and he is a great person to spend time on trying to get money out of. Sure enough his phone has been blowing up ever since from people named "John Smith" with thick Indian accents.
Ryzen 7 5800X | 3090FE | 32GB@3600MHz | Rift S | 128GB Quest1 | 256GB Quest2 | 64GB Go | PSVR | Index
0 Kudos
Share
Reply

Unfortunately even people who don't use the internet become targets, I had to get my mum a call blocker because of the number of nuisance calls she was getting. Luckily she never fell victim to any of them because they usually revolve aroung asking her to logon so they can correct a fault... or they need payment via on-line pre-paid cards or some such, but the calls were getting crazy.

The little CPR blockers are very effective, even though the scammers change their numbers regularly, they seem to eventually move on... possibly passing on details of numbers that don't yield results.

I did the same as I was looking for help and due to no telephone contact this is extremely easy for them to conn people. Please add a service desk or it's time to go to B.B.B
0 Kudos
Share
Reply

I recently got a call from someone claiming to be from the U.S. Government's social security office. I was informed that my social security number was compromised and used for illegal activity. But I was in luck! The person on the phone who is a government agent, can fix it all for me. I just need to confirm all of my private information to them, and they will help. They just need me to tell them all my secret stuff, like my birth date and actual social security number.

I told them that it would be easier if I could just text them a picture of my citizen ID Card. When they gave me the number I could use, I opted to instead send them a photo of a specific section of my anatomy.

I do similar things when I get SMS messages from random numbers asking me about my political affiliation.

It's hard to put a stop to the fraudulent calls. But it's easy to have fun with it!
0 Kudos
Share
Reply

Zenbane said:
I opted to instead send them a photo of a specific section of my anatomy.

I've lost patience and started using bad language and shouting down the phone. I feel good afterwards... probably a sign I'm ready for the lockdown to end.

They came close to getting my Dad's credit card number of of him a few years back when Yahoo got hacked. My folks have been bombarded with calls since. They get more scam attempt calls than real calls on their home phone.