Some things I'd like to see devs consider when designing new vr experiences. 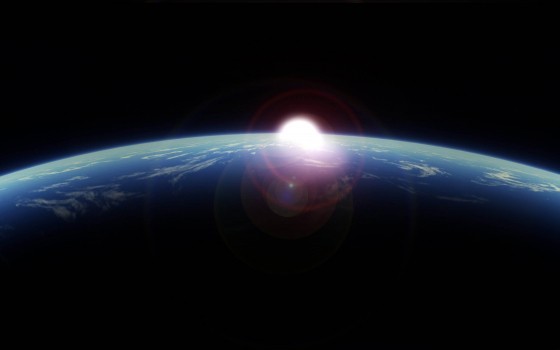 Ok, this could get long, but bare with me. So, I've been playing VR titles for a few years now. In my opinion they all lack certain things that I feel would make the games more immersive.
Number One: Better tracking. I know it's a tall order, but VR really needs flawless tracking. It is beyond immersion breaking when i go to slash someone with a sword, and it's suddenly 3-100ft away from me, because tracking decided to fail.
Number Two: In the upcoming update to NMS, (I know it won't be a thing), I wish we could have some sort of "radio" that was linked to your choice of streaming music service. I really feel like any VR experience should have the added ability to add your own soundtrack. Now I am aware this seems trivial, but tell me that you have not honestly felt more connected to your favorite games when you have the music you love playing in the background.
Number Three: Headsets. So I know that this technology is still basically in its infancy, but I also believe that it should be possible if not now in the near future to "miniaturize" this tech into something far more comfortable. I feel like at the moment, the headgear is A. Too heavy. B. Too hot, (like ffs could a guy get a fan/ cooling ring?). C. Along with B, better sweat mitigation. If Neuralink turns out to fail, (all the will of the universe it doesn't), then long term VR use will most likely become a thing in which being comfortable in the peripheral will be of utmost import.
Number Four: While I love some good fantasy, CGI has come to a near actual reality point of complexity, I would love to see a VR experience that for all intents and purposes, feels real, looks real, sounds real. I want to take off my headset and be like, "Oh yea I'm still at home." Sadly it would seem like the market is not so conducive to spending potentially tens of millions of dollars developing the engine necessary to run such a game. Or, perhaps it's the technology/ code that needs to evolve to meet the true potential of " non dive" VR.
Number Five: If you haven't heard of or looked into Neuralink, you should. This tech is literally step one, of like a million steps, toward S.A.O./.Hack/AccelWorld/Etc. If you want to see that level of VR immersion then support the crap out of both Neuralink, and current VR developers. Without our undying hunger for the next great experience this industry would be nothing. It is up to us to keep pushing the devs to make better and better experiences. But, they can't do that without feedback,( of the constructive kind), Saying, "This game sux." doesn't really tell the devs anything does it. Tell them what you liked, didn't like, what looked good, what needs work. Be specific. The worst kind of feedback is the vague kind. It leaves devs wondering exactly what needs to be improved upon.
Last but not least,
Number Six: This one goes to the developers. To all the devs of cash grab/ half assed/ space-filling "experiences" in the VR platform...FUCK YOU. I'm sorry for the language, but you sorry fucks are so incredibly toxic to the market that you are literally making the entire platform look bad. It's not just VR either. You greedy monsters just crap out something that vaguely resembles a ""game" then market it as a finished product. Or, the worst of you, release a game in "Early Access" with no real plans to ever update or bring the game to full release. I remember a time when you would get like a 30sec T.V. ad of a game, and that was it until release. But it didn't matter because they were all "finished'" games. All I'm saying, if I'm saying anything, is that this style of predatory development has to stop if we want to see what the platform is truly capable of.
Thank you for your time.
0 Kudos
Share
Reply
7 REPLIES 7

I think 80% of your requests are out of the hands of game developers. We don't have any control over hardware features.

Also, for point #4: We *must* hit 90 frames per second. If we miss it, people get motion sick and our games get rejected from app store submissions. We render to TWO screens, so hitting 90fps is much harder to do in VR than it is on a traditional monitor. That usually means we have to make a lot of compromises on scene quality. We also have to target the minimum specification for GPUs, so if the minspec is a GTX 970, then the VR game needs to run at 90fps on that without frame hitches. While CGI quality is possible in traditional games, it is an order of magnitude more difficult to achieve in VR (and usually that also means an equivalent increase in expenses).
0 Kudos
Share
Reply

none of these is meant to describe the even remotely close future. just a few things i would like to see in the at some point in the future. and the neuralink is literally step 1. think of it as the record to the mp3. theres a long road ahead b4 nervegear. this is just the first necessary step along that road.
0 Kudos
Share
Reply

Slayemin said:
I think 80% of your requests are out of the hands of game developers. We don't have any control over hardware features.

Also, for point #4: We *must* hit 90 frames per second. If we miss it, people get motion sick and our games get rejected from app store submissions. We render to TWO screens, so hitting 90fps is much harder to do in VR than it is on a traditional monitor. That usually means we have to make a lot of compromises on scene quality. We also have to target the minimum specification for GPUs, so if the minspec is a GTX 970, then the VR game needs to run at 90fps on that without frame hitches. While CGI quality is possible in traditional games, it is an order of magnitude more difficult to achieve in VR (and usually that also means an equivalent increase in expenses).

We don't want excuses though.

It's strange to me that over 3 years on some of the first games released in VR look better then games we get today?

Why is this? Lazyness?

I'm fed up of rubbish games with no heart now. They need to start released high quality games.

I had another thought. This one , however, prob wont happen any time soon. I want a fully functioning A.I. for all npc interaction w/ flawless voice recog. its a ridiculous request, but I feel like all rpgs could greatly benefit from having truly unique interactions with the npcs in a world. imagine walking up to a quest giver and they start the conversation with some preprogramed  dialogue. Then, the rest is up to you. no options for response. Just respond however you want and they respond appropriately. i.e. if you are a douche about it, maybe they raise prices/ straight up refuse to do buisness with you until you apologize. Or maybe they have a sense of humor and think its funny. I know tech/ code like that is potentially decades away but for me, a huge rpg fan, it is beyond a want.
0 Kudos
Share
Reply

what really needs to happen is a reversal of inflation. when the cost of living far exceeds wage, there is something broken. if things from the smallest production to the largest were made to be cheaper (production advancements these days have most if not all things below $100/unit to produce) why does a bit of glass plastic and a tiny amount of precious metal cost $500+?
0 Kudos
Share
Reply

people always say "then they wouldnt make any money". if the rift s/htc/valve headsets cost idk $100, and the computers to run it dropped to even like $6-700) you would see such a ridiculous increase in sales that I really cant see a scenario where the devs wouldnt be making out like bandits. ntm the more ppl involved and invested means more exposure and increased spending on that marketplace. shit just simply costs too much today when the cost of producing that "thing" is nowhere near the retail cost. ppl are just too greedy.
0 Kudos
Share
Reply