The Plea for a Modular FMD Standard

Hi fellow developers and enthusiasts. GDC 2015 has me all fired up and hearing about all of the advancements has been incredible, yet concerning. Before I get into the meat of the discussion on this topic, let me clearly state what this isn’t. I am not professing any allegiance to any specific vendor, either closed or open source, and am NOT expecting the reader of this to come to any such conclusion either. It would be very easy to assume that this is about advocating the OSVR initiative and while I do personally feel there is value there, that isn’t what I believe needs to be discussed. I am sure many may disagree with my opinions as what I am about to suggest could potentially delay the introduction of (insert your favorite FMD OEM here) and that is fine as well, but hopefully the fundamentals of these ideas will have merit for some. Sometimes people are so fascinated by the fact that they “could” that they neglect to address whether they “should”. This post is essentially about “should” and the need to develop some sort of industry standards (I am sure Neil at MTBS3D will enjoy this post) when it comes to the fundamentals.

This is where the VR Industry currently is. No mass consumer product rollouts have occurred yet but announcements are happening. Software and Hardware Development Kits have been created to allow developers early access and the ability to start creating basic content, but it is literally the Wild West where everyone appears to be doing their own thing. For example, Sony seems to be headed down the path of creating a closed ecosystem where if it isn’t made by Sony then don’t even try to plug it into the PS4. Now, I really do get why that is attractive as it could provide a compelling overall experience very early on but I believe we all can agree that a closed ecosystem isn’t the end game but simply represents the fastest way to release a product and monetize it.
The rest of the market is also driving hard and fast to release their first consumer level device and making proprietary decisions for the sake of rapid release. The sad thing is that every last one of these FMD’s will literally be thrown away within a few years, along with whatever investment you put into it. More on this later… However, there are a few commonalities that already seem to be surfacing which is a good thing.

The Dawn of the FMD (Face Mounted Device)

It already appears that the first generation of consumer level VR devices will essentially be a Face Mounted Display, or FMD. While often termed an HMD, I believe there is a need for distinction between the two. FMD’s are literally like ski goggles and the primary contact point is the users face, with tension being used to hold it in place. With an HMD, the primary contact point is the users head and the display is suspended in front of the users face. While both may touch the users face, there is a clear difference in how the display is held in place. If we take a look at the current crop of devices (Oculus, Valve/HTC, GameFace, OSVR, etc) they all seem to be sticking with a similar FMD design which I believe is a good start, but true consumer level devices need more than similarity. Some level of standardization needs to occur.

The Need for Modularity and the Definition of Form Factors

This is the part that will likely raise a few hairs, but I believe the best time to air these concerns are before products are pushed into the overly eager hands of the consumer. I encourage folks to look at this topic through the lens of the PC Industry vs Mobile industry. Where PC’s are completely modular and can be built to the exact specifications of the user based on standards, mobile devices are “one size fits all” and don’t vary at all from user to user. If you want something different then you will need to dispose of your current one to get a new one. While mobile VR has its place and is decent (I really enjoy my Gear VR as it offers a very fluid experience) that too could benefit from standardization even though the device itself is disposable.

The first few generations of FMD’s will essentially be disposable too. Just like DK1 has been sitting quietly back in its very useful case ever since I received DK2, we will likely be doing the exact same thing with the first several iterations of consumer FMD’s. They will have an extremely short lifespan, likely measured in months, simply due to the rapid progression of the technology and extremely aggressive roadmaps. Consequently, each consumer will have to repurchase many of the same components, over and over again, simply because no standards are in place for how the first VR Form Factor should be defined and each vendor is myopically focused on speed to market. This issue needs to be corrected very early while we are still in the VR Industry’s infancy so consumers aren’t throwing away thousands and thousands of dollars on components that could actually be reused.

Each FMD is essentially the following:

• The “Case”
o A “case” of varying sizes/weights used to house display and processing components, along with the optics. Some look more like a graduated cylinder (HTC Vive) while others are more rectangular (Oculus, OSVR). The mounting for all internal components is completely proprietary.
o These cases could easily be based off of pre-defined form factors just like the PC cases of today (ATX, ITX) and form the basic building block of the FMD.
o High speed interconnects can be built into every case design (USB, NVlink, HDMI, etc) to accommodate internal and external expandability.
o Internals can also be modularized so optics can have their own “place” separate from display controllers, processors, and displays themselves.
o Future iterations could include internally mounted CPU/GPU once technology limitations are addressed.

• Outer “shell” panels
o Encloses the case so that different tracking strategies can be used. It could be active (plugs into one of the previously mentioned interconnects) or completely passive but at a bare minimum should give the end user the change if needed by future iterations. It could also house external camera’s , sensors, and the like.
o This could also be a way to personalize your FMD with custom panels, etc… Again, just like a PC case.

• Face Interface
o Currently it is a one size fits all strategy but it shouldn’t be. This could be optimized by creating a standard mounting strategy for a detachable face interface. Want more cushions? Need it a little wider or narrower? Need additional ventilation? Simply change it out for a higher end interface (pun intended).
o Has the benefit of creating a very comfortable experience for every user and also a way to personalize your FMD.

• Strap Connectors
o Standardize the connector, not the strap. Every head is different so allow the ability to swap out to more comfortable straps.

• Posterior Support Panel
o This is essentially where the straps come together on the back of your head and where cables are routed. Until now every unit seems to use this area differently. Some attention may need to be paid to this area as there may also be possibilities to house additional components in this area to offer a more weight balanced experience. For example, in the case of an FMD where CPU/GPU on inside the case, the battery could actually be on this plate behind your head.

This is just the beginning of what could be possible and I am sure others have even better ideas than what I have come up with. If the OEM Vendors just slowed down a bit, recognized how a modular approach may actually be to their benefit as well the consumers, and actually worked together to solve problems vs everyone heading off on their own tangent to create solutions that are only relevant for a short period of time. Otherwise, we will all eventually look like John in the picture below with a growing collection of shelfware as a constant reminder of how things could have been different. The initial cost of entry may be higher for a modular system, but it would be far cheaper than what you see below and would offer a more flexible and sustainable model that we just aren’t seeing yet.

I could wait for it, and should… 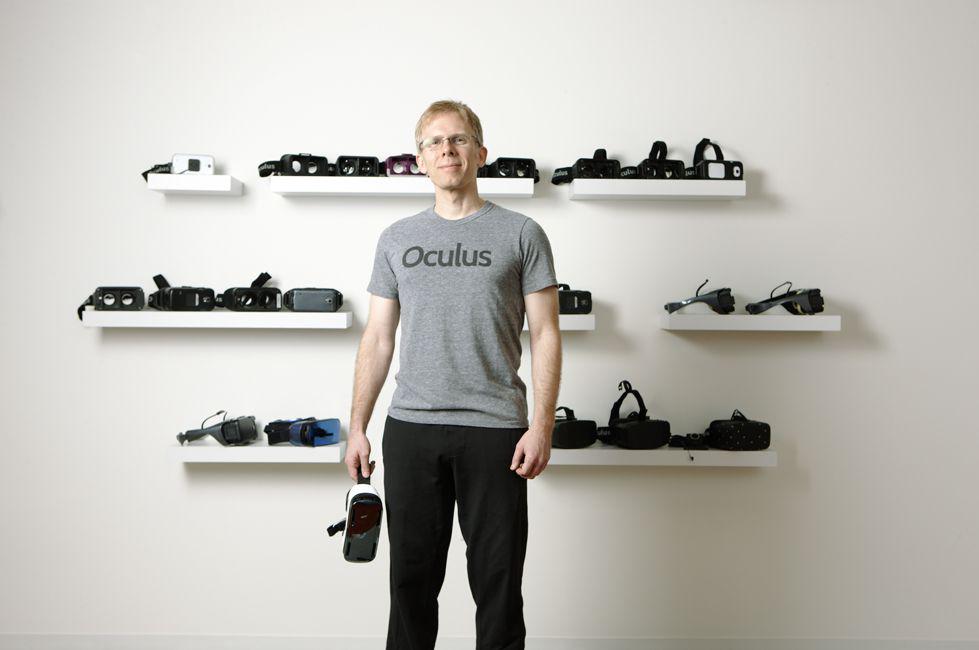 I want to agree with you since I always like to tinker with my devices and upgrade them to squeeze out the best performance. Unfortunately I don't think FMD's are anything like PC's. The FMD is more like your monitor or your mouse. It's a peripheral, not a system. I'm sure when the great FMD war is over in a couple years there will be tons of customized options developed for the winning device, and maybe some aftermarket hacks to improve quality. I just don't see it as a standard.
0 Kudos
Share
Reply

"jeonunh" wrote:
I want to agree with you since I always like to tinker with my devices and upgrade them to squeeze out the best performance. Unfortunately I don't think FMD's are anything like PC's. The FMD is more like your monitor or your mouse. It's a peripheral, not a system. I'm sure when the great FMD war is over in a couple years there will be tons of customized options developed for the winning device, and maybe some aftermarket hacks to improve quality. I just don't see it as a standard.

I didn't mean for you to think of it as a PC, but in the light of PC vs Mobile. Modular design vs sealed and never to be opened. Take a peek at the image below, borrowed from the OSVR website, and you will see what I mean. While it isn't completely modular, it is a huge step in the right direction. For example, the first upgrade any of the current generation FMD's will have is displays with higher resolution and refresh rates. Why throw away the whole unit when that is the only thing that's changing? It seems to me that this would be a much faster way of rolling out updates to a product, and enabling better experiences, vs rebuilding the entire unit from the ground up each and every time the need arises. I fear that rolling out updated HMD's will be like rolling out new consoles... with years in between.

I agree that there should be hardware and software standards for VR, but I doubt if companies today and into the near future are going to fully commit to them while pursuing market dominance in a lucrative new tech sector. The standards will probably be established after the VR market settles. That doesn't mean that we should stop advocating for them. The next FMD I plan on buying is the OSVR because I really want to try out some hardware and software ideas I have.
0 Kudos
Share
Reply