How did I not know about this? There's a new Tex Murphy game on the way (2018 estimate) and it supports VR!
I only found out last night that this is in the works. Apparently they've been public since at least May 2016.

The dev's opinion on VR:

VR is amazing! For anybody who has
experienced some of the latest titles that take full advantage of VR
and Touch Controllers, it is a very unique and immersive experience.

However, Chaotic Fusion realized something with regards to the VR
marketplace: a lack of full-length content and variety. While some of
the games and demos available on the various VR marketplaces provide
wonderful and immersive experiences, many of them are very short.

The Poisoned Pawn not only promises to be one of the very first
full-length VR experiences of its type, but it is presented in a genre
that VR was truly meant to be in: the first person, point and click
adventure genre. But, we are replacing ``point and click`` with ``grab
and touch``!

With full VR and touch support (with plans to have this experience
available on many of the most popular VR hardware platforms*) The
Poisoned Pawn will provide players with a truly immersive experience.
Walk, run or crawl your way through the environments. Interact with
objects on a level never before experienced. Immerse yourself in a rich
and detailed futuristic, cyberpunk world where your skills as an
observer and investigator will help you through your cases!

* Currently only Oculus and Oculus Touch are supported. Vive support will depend on future development and dev kit access, etc.

TM has come a long way from the days when i tried to get Under a killing moon to run on my new fancy 1 speed cd-rom drive on may massively powerful 386-25mhz, without it looking like a slide show, while trying to cram all the drivers into highmem in dos to get the bloody thing to even start.

Under A Killing Moon
https://www.youtube.com/watch?v=MbaUReyXtC8


The trailers tend to focus on the full motion video aspect, but there really was gameplay in there too. 🙂
They are adventure games, you explore 3d environments, examining items, solving puzzles, etc.


Great find, kojack! This is pure heaven for my gaming preferences.

it is presented in a genre that VR was truly meant to be in: the first person, point and click adventure genre. 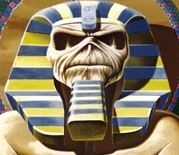 Auugghhhh!! @kojack - You beat me to the punch on this!!  I was just about to scoop the community on this!

I had just discovered Poisoned Pawn about 2 weeks ago and was so amped I couldn't wait to start a thread on it.

Anyway, this is probably going to be an insta-buy for me when it's released.


Wow first time hearing about this. I have been trying to
recreate Tex murphy office in under the killing moon for the last few months in
Unreal Engine.

It is hard to put the finger on why Under Killing Moon was
such a great world forming kind of game. A lot of it had to do with the narration,
literally everything you saw Tex had something to say about it; it was all
interesting and that’s how you found out about the world you were in. For
example you open a drawer and you see a stamp and tex explains how it is his
last stamp and how they coast $300 per stamp which lets you know you might be
in a kind of society that is falling apart; than you pick up a book on the desk
and he says something like blank was the first mutant to publish a book,
letting you know there might also be some segregation in society.

Found that trailer to be disappointing, not only was it just
some generic space station you never even heard Tex speak about anything. Under
The killing was one of the first if not the first game to try to create 3d environment
to explorer. It would not have been a bad idea at all to just recreate that
game in splendid VR environments.

I only found it because I tweeted that I wanted a VR Tex Murphy game, and Big Finish Games (who made Tesla Effect) found it and responded to me.

From what I can find, Poisoned Pawn started as a fan remake of Overseer (to get around the technical issues it had, and use a more modern engine). But as they built up the team, they became an official sequel.

I'm guessing the trailer didn't have Tex talking because when they were making that stuff they didn't have access to Chris Jones.

For those who don't know, Chris Jones is the guy who plays Tex. He was also one of the founding members and chief financial officer of Access Software (made the Tex games and the Links Golf series), founder of Big Finish Games (Tesla Effect) and also game designer for the Tex games.

Zenbane said:
it is presented in a genre that VR was truly meant to be in: the first person, point and click adventure genre.

Yes, exactly! Bring on more Dead Secret games but with better graphics and larger budgets. Speaking of which where is the Dead Secret sequel?
https://www.roadtovr.com/dead-secret-getting-sequel-coming-later-year/ 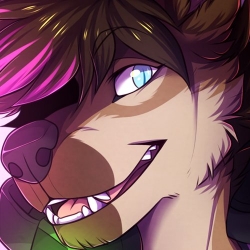 Allow me to introduce myself. I am one of the developers working on the game. I was also one of the lead designers on Tesla Effect. Firstly, thanks for this thread and helping to create more buzz for The Poisoned Pawn. We are all very excited about the new game, especially bringing it to VR.

Just to help with a few clarifications (and Kojack has already done a wonderful job with the details already): The game is a full standalone title that will continue after the events of the most recent title 'Tesla Effect'. It did indeed originally start as a fan remake of Overseer (started by a fan: Holger Keetz). However, as the project developed it became clear that the technology being employed this time around would enable this game to be so much more than just a remake.

While the game will still use the Overseer events as a core element of the story, it focuses on many of the "greatest moments" of ALL prior Tex Murphy titles. As the game's website details: "In this latest adventure, the year is 2050. Shortly after the events of Tesla Effect (the 2014 adventure title) Tex Murphy (Chris Jones), with the guidance of St. Germaine (Jason Tatom), must revisit some of his most gripping cases in order to decipher his true past, and prepare him for an uncertain future." It is also considered "act one" of the final chapter in the Tex Murphy series.

The development team working in this title is not Big Finish Games. It is 'Chaotic Fusion' - a collective of only four independent developers, myself included. I am also employed by Big Finish Games, so my role is to also act as a liaison between Chaotic Fusion and BFG. And yes, Chris is fully on board as Tex.

We are all very excited about the VR experience, and it's being designed with VR in mind from square one (and not just an afterthought). We have a special event coming up this Saturday, where we will be screening a "Making of Tex Murphy" documentary (one of the outstanding Kickstarter incentives from the Tesla Effect campaign), but afterwards there is a live Q&A session with series writer Aaron Conners and the Chaotic Fusion development team. In this session, we will talk about the new game (including the VR experience) as well as show various pieces of content.

Also, we have shown the VR version of The Poisoned Pawn at a few conventions already over the past year, with our next and upcoming appearance being MAGFest 2018. That happens at National Harbor, MD - USA Jan 4-7th, 2018. If you can make it out there, you can see the game in action, both on desktop AND in VR. http://super.magfest.org/

If you have any questions about the game, I will be happy to answer them here. I may also see you at the special event on Saturday.