To leave rift plugged in or to not, that is the question. 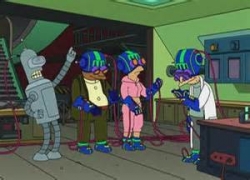 Literally the question ^ Should I unplug my rift from the HDMI whenever I'm done using it or is it okay to let it stay plugged in 24/7 ?? Thanks !
0 Kudos
Share
Reply
34 REPLIES 34

I leave mine plugged in all the time. It's barely warm when I pick it up. Not even close to enough heat to make me worried about it.

Must be wasting a watt or two of power.  But that just means it will increase your power bill in a year by about $4.
0 Kudos
Share
Reply

Another way to think of it is to pose another question: would you unplug your monitor or your mouse every time you were done with it?

Probably not! I leave my Rift plugged in. It turns off if you close Oculus Home or the computer is shut down.

Mine has been plugged in since I got it, I leave home running it gets a little warm but I just close home when not in use and all is good.

Likewise I can just pick it up and put it on and it starts which is nice. 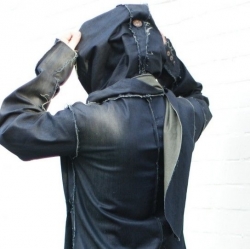 @cyberreality If I have a new car the likelyhood of it breaking down is low. I can change the oil once a year and just add oil if it gets low for the first 5 years of this cars life and I can claim it's no big deal.. car still runs just fine.

10 years later I can change the oil every 1,000 miles and it does not help the damage done early on.

Saying that you have not had a problem with your electronic device (one I assume you got for free) being left on after a few short months is not helping anyone who follows your example then has their Rift go dark in 12 to 18 months.

Once it has been a year or two and the numbers are in and people that left it plugged in have a failure rate that is 70% higher than people that unplugged it, how are you going to help these people who have dark Rifts?
People that took your advice....

Do they get the cyberreality replacement guarantee?: "if the failure rate is higher for left on Rifts 'we' will replace your failed Rifts free of charge."

Don’t Let Heat Damage Ruin Your Computer and Other Electronics,
Heat is one of the most damaging things for electronics. People are often not aware of this and are causing their computers and other devices to fail long before their time because they’re not doing what they need to do to keep them cool.

It can also be noted that LEDs used for display in portable computers, and
desktop monitors have cooling needs also, the "lifetime" (light output
to 50%) is reduced at the high temperatures.

So what about @ medium temperatures.... what does that do to the light output?

Electronics are always decaying faster with heat applied thru the device being on.

Maybe my Rift will last so long that the CV2 will be out long before it breaks but that is no reason to just let my Rift deteriorate faster.. I can give my CV1 to a family member and it can last a long time for them.

@vrmower Does that method stop the Rift from generating any heat what so ever while being plugged in?

My ideal solution for keeping it plugged in would be if the graphics card had a way to stop that HDMI port from being active with a click. 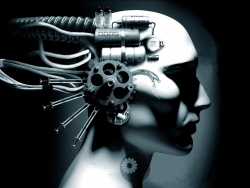 Respectively to turn Rift on and off when I want to use it.  They are setup as desktop icons with keyboard shortcuts assigned to make it really easy to start and stop whenever I want to use it.

The nice thing is stopping service closes everything Rift related in one action including Oculus home. With ovrservice shut down there is no discernible heating so I keep it plugged in all the time.  This also prevents unnecessary background resource consumption constantly trying in vain to connect to facebook systems.

Exactly what I have been doing.

@MeioJo - It's still on / powered as such, the light inside is orange when OVR Service is stopped.
But, there is clearly less heat being generated by it in this state.  It also, as mentioned, prevents the constant log spamming where the service is checking the device and checking for updates every 30 seconds too, so it seems.

I hope that one day... closing oculus home will shut itself down properly (close OVR Service) rather than just hide itself, without faffing around and vice versa.. open (start OVR Service), when I choose to open it myself instead of this constant running in the background for no good reason.

@MeioJo @cybereality was just stating his experience because that's all anybody can do at this point. I'm not sure why you jumped all over him for that comment.

I highly doubt the Rift gets hot enough to damage the components. Take a look at what temp your CPU and GPU get to during even light use. If your Rift was that hot you wouldn't be able to touch it. You are being a bit paranoid.
0 Kudos
Share
Reply

A related question is whether if Oculus Home is left running while the Rift is just sitting on your computer desk for long periods of time - is there any concern of image burnin? Seems like Home should have a screensaver based on a user set period of no sensor movement.
0 Kudos
Share
Reply

I actually trn my PC off, I only really use it for the rift, and I don't leave it running all the time like I used to with old pcs.
A: Because it messes up the order in which people normally read text. Q: Why is top-posting such a bad thing? A: Top-posting. Q: What is the most annoying thing on forums?
0 Kudos
Share
Reply