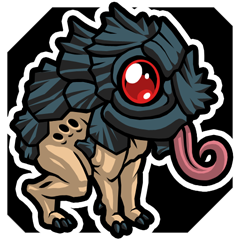 edmg said:
Mine's been sitting in Winnipeg since yesterday lunchtime, but is still claiming it will be delivered today. Maybe by unicorn.

thats where mine are too! UPS keeps telling me that they will be delivered before 7PM... Not going to happen

I have had deliveries after 7pm before, but I'd expect it to at least show up as being on a truck if it was going to arrive today.
0 Kudos
Share
Reply

nalex66 said:
Son of a bitch! UPS just bumped my delivery from today to tomorrow! My package has been sitting in Maumee Ohio since noon yesterday, and is still there this morning.

I suppose it it could be a customs clearance delay, since it's about half-an-hour away from the Canadian border, or my box could just be lost somewhere in that sorting facility. Damn, I had tonight's schedule clear for Touch set-up and play.

Curious about your order.  ours were on the same truck by the sounds of it.  Did you get yours today?  My delivery date was set to today.  UPS came to my business early in the morning, dropped of some packages, everything except my touch controllers.  I called them and they said its out for delivery.  I told them they already left and they said its out not to worry.  Called again to talk to someone else, they said it was on the way to the warehouse and then it will come.  then they corrected themselves and said its at customs.   then they said its out for delivery.  I am beyong upset with UPS this is ridiculous.

I hate to be one of these cry babys but seriously.  Atleast give your customers a solid answer and try to care instead of the whole "I'll just tell him what he wants to hear and then when he calls back upset he won't be talking to me anyways" ordeal.

Yeah, I got mine today (Friday). Thursday afternoon I had a status update that my package had cleared customs, so that was the delay. That evening it started moving again and got to Toronto for Friday delivery.

Mine still says it's 'In transit. On time' for delivery... yesterday. Hopefully it will be here Monday.
1 Kudo
Share
Reply

edmg said:
Mine still says it's 'In transit. On time' for delivery... yesterday. Hopefully it will be here Monday.

this is what mine says too... I was soooo upset yesterday 😞

Yeah, I took the day off work just in case. But apparently there was a big storm in Winnipeg on Wednesday, so they're probably still working through the backlog.
0 Kudos
Share
Reply

edmg said:
Yeah, I took the day off work just in case. But apparently there was a big storm in Winnipeg on Wednesday, so they're probably still working through the backlog.

Yeah, I called for an updated ETA and they said that it should be monday unless the are super backed up.  He told me that the last import scan I got the other night is the last step before out for delivery.  He sounded pretty confident.  I just want the wait to be over 😛

Too bad that I work til 9PM and the truck comes in the AM for us... Gotta spend all day having them tease me

Thanks. Mine just left Winnipeg, so should arrive on Monday.
0 Kudos
Share
Reply